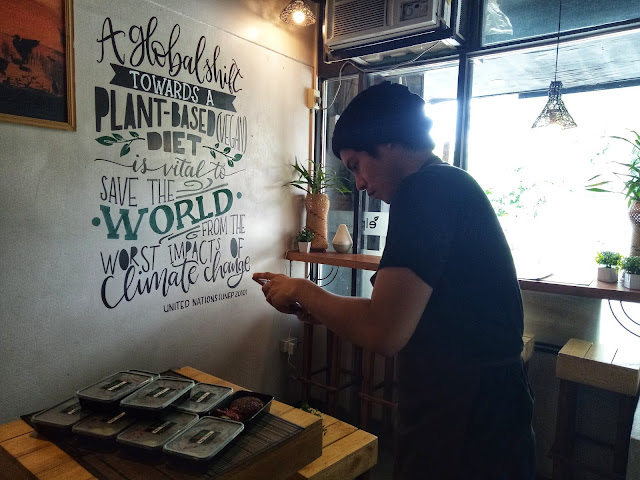 Elpidio Mijares Jugalbot III introduced the meatless diet in General Santos City. ELPI Vegan Resto is the first and only meatless restaurant yet in GenSan. Various news outlets in the country featured his advocacy, such as the Philippine Daily Inquirer and ABS-CBN (GenSan).

In an interview with Elpidio, he shares about his life as a vegan, the story of his vegan resto, and his advocacy.

Yadu Karu: What made you decide to go Vegan? What was your turning point?

Elpidio: My journey towards Veganism started in midyear of 2011 while I was reviewing for the Nursing Licensure Exam. I happened to watch a documentary film on YouTube and learned that according to the Food and Agriculture Organization of the United Nations (FAO-UN), animal agriculture is the number one culprit towards global warming or climate change. According to FAO, livestock production is one of the major causes of the world’s most pressing environmental problems, including global warming, land degradation, air and water pollution, and loss of biodiversity. Moreover, according to the World Health Organization (WHO), heart disease is the world’s top 1 human killer due to high meat consumption. It has also officially enlisted “processed meat” as carcinogenic (causes cancer), the same category with tobacco smoking and asbestos. As a Christian, I also consulted the Bible (Genesis 1:29) and it says that the original diet God gave to man was a vegan diet (pure vegetarian) and we are supposed to be taking care of the earth along with its inhabitants (the animals). So I guess, my common sense told me to stop eating meat and its animal bi-products. Our meat consumption is not only killing innocent animals, it is also killing our health and the planet. By going vegan, I can help solve the top global issues on this planet, in terms of health and environment. 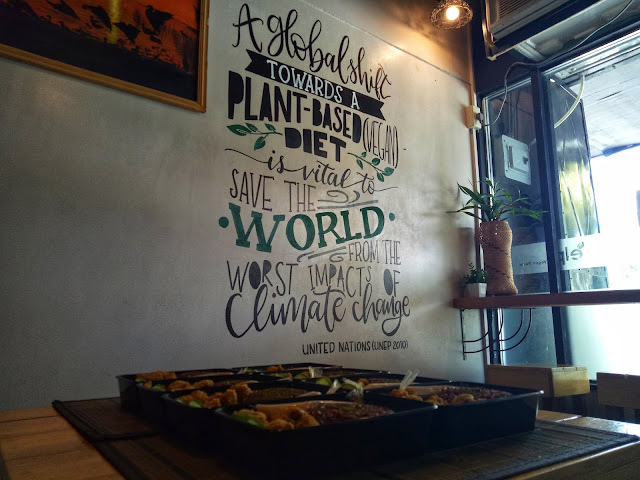 YK: How did you start the vegan food business?

Elpi: I post my simple vegan creations on social media. I made longganisa, burgers, tocino and scrambled “egg” and even leche flan out from plants. Everything was made from pure plant-based ingredients. No meat, no eggs and no dairy. People started to get curious about it. They encouraged me to make more and are willing to buy it. I cook from home and deliver my products to different offices.

Vegan celebrities like Rafael Rosell happened to visit Gensan for a mall tour. His manager contacted me to cook vegan food for him since it was very hard to find a vegan restaurant in Gensan. So I cooked for him and he totally liked it. He posted my creations on his own social media accounts and gathered thousand likes and shares. Eventually, the demand for my products grew and that pushed me to put up my own Vegan resto in the city.

"As much as I want others to follow my footsteps right away, all I can do is just to plant seeds into their hearts and hope that they will grow. I want to inspire and educate them about the benefits of this lifestyle. I plan to do it through serving delicious vegan food."   - ELPI

YK: What inspired you to open a vegan resto in Gensan?

Elpi: As the saying goes, "You can get a man through his belly." I am referring to food. As much as I want others to follow my footsteps right away, all I can do is just to plant seeds into their hearts and hope that they will grow. I want to inspire and educate them about the benefits of this lifestyle. I plan to do it through serving delicious vegan food. In June 2017, I opened the first ever Vegan Restaurant here in my hometown, General Santos City, and named it - the ELPI VEGAN RESTO. This is my avenue to showcase my craft, my passion and advocacy towards eating better for our health, for the animals and for our planet by serving people flavorful vegan (pure plant-based) food. I am hoping that one day people will realize that eating vegan is never boring at all. Being vegan is the future - a future where we live better; a future where humans, animals and nature live in harmony. That is my vision and I hope I can witness it in my lifetime. It starts with one plate, one happy tummy, and one happy costumer at a time. 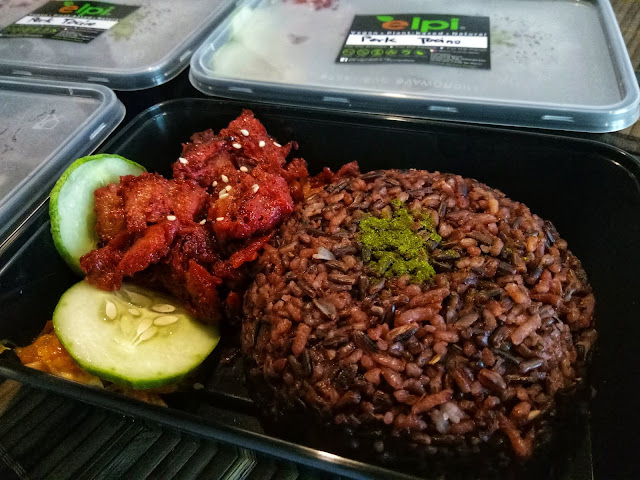 YK: What makes your restaurant unique?

Elpi: As far as I know, ELPI is the first and only vegan resto here in Gensan. That alone makes my restaurant unique. However, I just don’t serve “grass” (salads) here as what people would expect. We serve meat-like dishes that look and taste like meat but made with pure plant-based ingredients. For example, I have “Bif” Tapa, “Perk” Tocino, “Bif” BBQ, “Bif” Burger, “Perk” Sisig, Jackfruit Hoomba, Toona Veggly (Tuna Belly), “Perk’ Liempo, Vegan “Shewerme”, Vegan Pizza and so on. We also offer Vegan desserts that are nutritious and diabetic friendly such as Moringa-Carrot Muffins, Cranberry Lava cake in Coco Caramel sauce and Vegan Lemon-Blueberry Chizcake in Cashew Cream base. Everything is free from cholesterol and trans-fat, rich in phyto-aminos (plant protein) and fiber.

Our food and drinks are healthier and help the well-being of our planet. I just want to make people realize that food evolves. We are entering a new era where we will enjoy food without harming animals.

YK: What is your Vision for ELPI Vegan Resto?

Elpi: I envisioned to open more branches in the future; to make more delicious vegan dishes and to serve more ELPInoys, KaiVEGANs and KaELPImilya here in Gensan and the whole ELPIlipinas (Philippines). And who knows, I might go International. By that, aside from feeding healthier meals for the Filipino people, I can also save more animals and to contribute to a healthier planet as a whole, one vegan meal at a time.

YK: What is the advice that you can share to other entrepreneurs especially to your fellow youth?

Elpi: I am not a professional chef. I am not a graduate of culinary arts or hotel and restaurant management. I am a nurse. But I was able to put up and manage my own vegan restaurant without any formal training. Many have told me that putting up such business in a heavy meat-eating society spells disaster and would eventually fail. But you know what? Let them say that “YOU CANNOT,” then show them that “YOU CAN”. 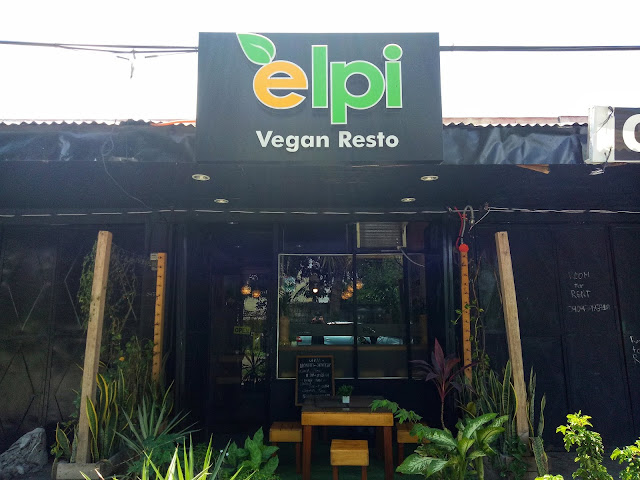 It is located at Camachili Street, Barangay Dadiangas East (at the back of Hotel San Marco, near Calda Pizza), General Santos City.

For advanced orders, reservations, take outs and delivery
You can contact this number - 09214698048