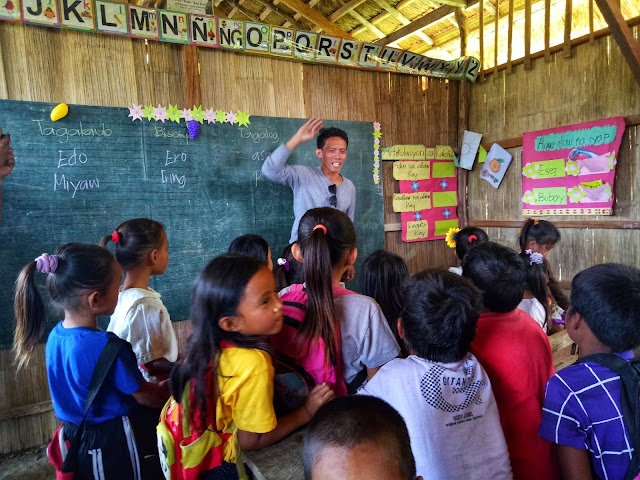 Renny Boy Takyawan used to be timid and not fond of public gatherings when he started to organize an advocacy group for his fellow Tagakaulo back in 2008. However, he believes that “if we remain shy and afraid of voicing our rights, people would not know we exist.” Now, he is the Malungon Chapter President and Regional Coordinator of Tuklas Katutubo.

And for almost ten years now, Renny and Tuklas Katutubo (Malungon Chapter) have never get tired of going to the far flung Tagakaulo communities in Malungon, Sarangani Province, bonded by the goal to empower the Tagakaulo people.

Renny first encountered the concept of empowerment when he met Jason Sibug, the founder of Tuklas Katutubo and an Ubo Manobo from Kidapawan City, in a gathering of the country’s indigenous peoples. The two easily clicked because they have a lot in common.

Tuklas Katutubo (National Organization of Indigenous Peoples in the Philippines) is a volunteer tribal organization composed of IP professionals, IP community leaders and members, and IP advocates working for the protection and promotion of peace, rights, welfare, and development of the indigenous peoples in the country.

As described at PeaceInsight.org, “it was founded in 1998 in response to the lack of recognition and representation of the indigenous peoples in the Philippines, especially on the issues of peace and development. It recognizes that misrepresentation leads to poverty and conflict. Currently, the organization has reached 20,000 members nationwide with 67 chapters in different ethno-linguistic groups and regions. Tuklas Katutubo has been recognized by local, national, and international institutions as one of the leading organizations helping to build an organized and sustainable indigenous community in the fields of education, peace and development, ancestral domain and environmental protection, health, livelihood, agriculture, and empowerment."

One of the group’s project is “Kaalaman Ay ang Susi sa Mayaman at Buhay ng Katutubong Kumunidad" (KASAMBUK). It is an education project for the Tagakaulo in Sitio Olong, Barangay Upper Lumabat, Malungon.

Sitio Olong is situated in one of the far flung areas of the municipality of Malungon. The community is inhabited by the Tagakaulo people and can be reached by three to four hours of trekking. Before Tuklas Katutubo’s project, the community had no school and most of the kids walked around 6 kilometers just to reach the “nearest” school.


“The IPs also have the right to education."

Initially, Tuklas Katutubo visited Sitio Olong to find ways to facilitate the community’s needs. The group was then able to construct Fermin Olong Primary School in 2017 and provide the school with LSB (volunteers) and DepEd teachers through the bayanihan between the community and LGU Malungon.

“We conducted community consultations to help them understand the value of education in their lives,” Renny relates. “We are thankful that the community built the school through bayanihan. Tuklas Katutubo was just a bridge to materialize the project.”

“We are not a political group. We do not want recognition. All we want is the support of the community.” 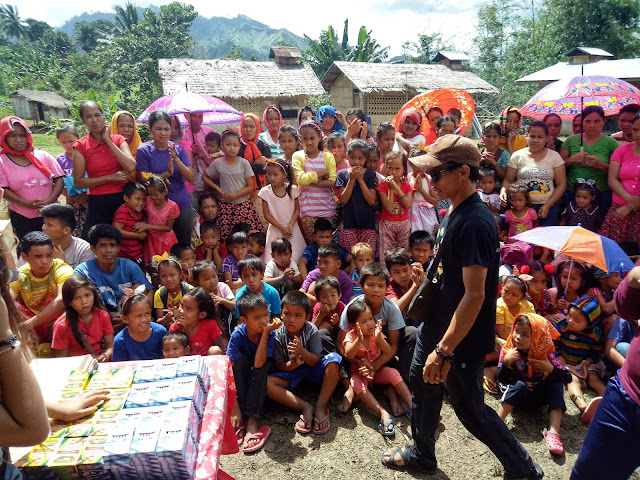 Although some of the barangay council members were cynical about the group’s effort, Tuklas Katutubo was still able to continue with the project through the support of the Sitio leader. “We are not a political group,” Renny reiterates. “We do not want recognition. All we want is the support of the community.”

Now that the school is established, Renny dreams that all of the students finish their studies.

The group’s passion, volunteerism, and love for the Tagakaulo have made them one of the top finalists in last year's search for Ten Accomplished Youth Organizations (TAYO) under the Education and Technology category. The search aims to recognize, reward, and encourage youth organizations all over the country to create programs and projects that help their communities.


“It is a challenge for us to empower the IP youth. It’s rare for the youth to think about volunteerism. Before we let go of the community, we make sure that they are empowered. Sitio Olong is still a baby. It is not yet empowered.” Renny says. “We want them to become self-reliant and independent so that they can plan on their own. For instance, we want them to have their own teachers from the community.”

Besides this mindset of the people in the community, the lack of funds remains a constant struggle in the project’s sustainability.

“Lack of mobilization fund remains one of our challenges,” Renny says. “But we are inspired by the fellowship and unity of the group and community. We are just an organization. We cannot do it without the community. They work it out for themselves and we only facilitated it.”

So, Tuklas Katutubo is also looking for ways to make their group and their projects sustainable. Some of these ways are to introduce a financial literacy program (e.g., community savings), develop livelihood programs, and establish the School of Living Tradition.

The group is also planning to organize the first Tagakaulo Summit this year. Renny hopes that this summit would open discussions on the rights of IPs.

“Discrimination is still prevalent in the IP sector. This is not only in terms of social status. This is also about having an access to basic social services like education and health, as well as basic human rights. If you cannot defend yourself, you cannot defend the tribe,” Renny elaborates.

Lastly, Tuklas Katutubo is also lobbying for an IP holiday in the country. “It’s time to have an IP holiday as a sign that the country respects the rights of its indigenous people,” Renny remarks.