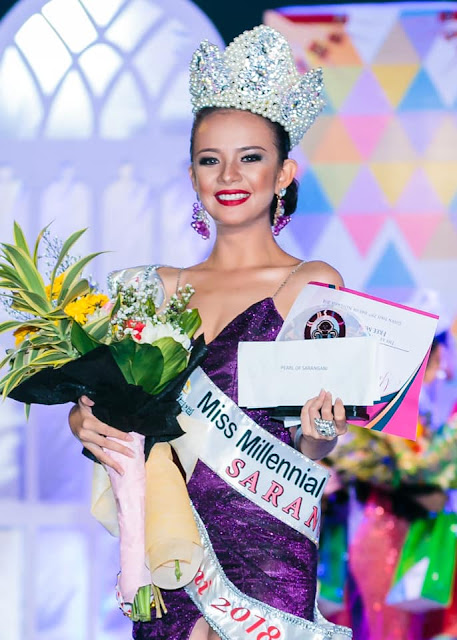 Frenzie is a 20-year-old, 5th year BS Accountancy student of Mindanao State University-General Santos City. Despite her tight schedule, she remains focus to win the crown and to represent Sarangani Province on the national scale.

“It’s like we are the ambassadresses of our own provinces,” Frenzie added.

Eat Bulaga tapped local beauty pageant titleholders and challenged them to represent their hometown in a competition. On its third year, 40 young candidates will be showcasing the beauty and charm of the Philippines.

“I did my research and spent time in some of the communities in Sarangani,” Frenzie said. “It’s part of my mental preparation so that I could well-represent our province.”

“I have a heart for cultural preservation and awareness, environmental protection and youth empowerment,” Frenzie said.

As the reigning Pearl of Sarangani 2018, she has been invited to different events and speaking engagements to share her advocacies. “I want to inspire many Sarangan youth. I want them to be proactive members of their communities,” Frenzie said.

Frenzie is thankful that her family and friends support her on this journey. She is also grateful to every Sarangans and residents from SOX and asks to continue to support her until the competition ends in October.

The launching of Miss Millennial Philippines will be on Saturday, August 31, 2019, in Eat Bulaga, the longest noontime show in the country, only on GMA 7.