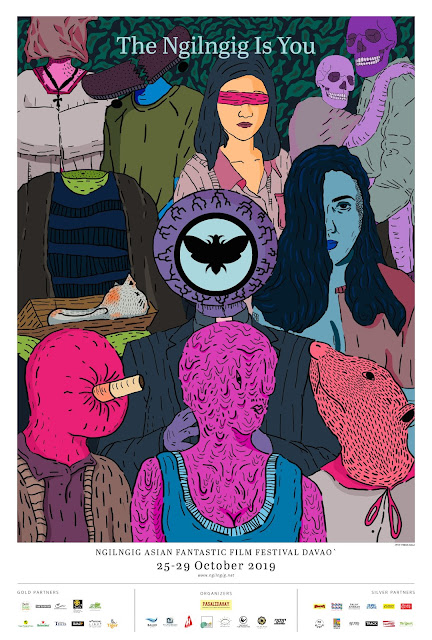 The fifth edition of “Ngilngig”, now touted as Ngilngig Asian Fantastic Film Festival Davao, expands its horizons by screening a wide selection of fantastic films from the Philippines, Asia, and other parts of the world.

The festival returns with a selection of 57 short films and a wave of extraordinary full-length features from countries like China, Thailand, Malaysia, Indonesia, Spain, Canada and the US. Opening the festival is the epic period drama “Masla A Papanok” by Gutierrez Mangansakan II and the Bontok folktale short film “Tokwifi” by Carla Pulido Ocampo.

From what started as a horror-genre film festival, Ngilngig has extended its scope to be the first Fantastic film festival of its kind in Southeast Asia. The festival serves as an opportunity for local and international filmmakers to promote and preserve their own myths, history, and culture in cinematic form.

“Ngilngig”, or its derivative “ngiga” (from ngilngiga), has been more commonly used by the Bisaya-speaking population to refer to something that is “kuyaw” (awesome). But the word originally refers to something that elicits horror or alluding to the macabre.

Films will be screened from October 25-29, 2019 at the Davao Cinematheque Centre, as well as selected schools, universities, and a variety of alternative spaces in Davao City.