The Decade of Exploration 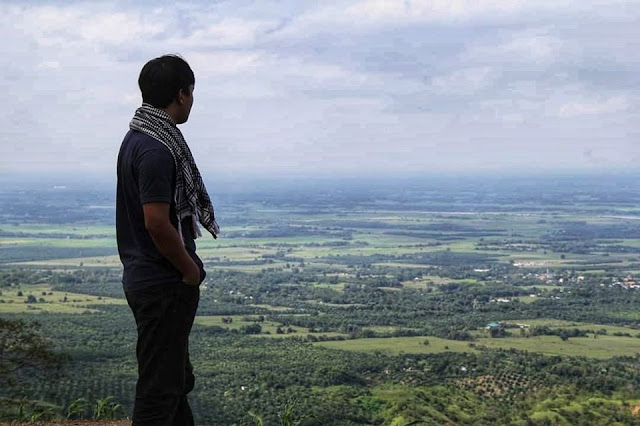 If I’m going to describe in three words my 2010s, it would be – exploration, networking, and learning. The decade served as the exploration of my 20s. I met different people and established good relationships with many stakeholders in the region and the country. I learned so much in this decade through my travels, community immersions, work and project experiences, collaborations, readings and meaningful conversations.

The first two years of the decade (2010-2011) was my last years in college. It was tough but I managed to graduate in 2011. The year 2011 was also the birth of Yadu Karu’s Blog out of my disappointment in the biggest Job Fair that I participated in after college. From that experience, I wrote it and the rest was history. I also met the group SOX Bloggers but in the succeeding years, I learned to detach myself from the group because I did not find value in their activities.

In 2013, I enrolled in the MSU Graduate School Program called Masters in Sustainable Development Studies, major in Community Development. It opened lots of opportunities, learned so much about different issues in the region, and appreciated the concept of sustainable development. This year also fulfilled my dream to become a filmmaker. I participated in the GenSan Summer Workshop; directed, written and produced my first short film entitled Bé; and it was shown in the first Salamindanaw International Film Festival (now Salamindanaw Asian Film Festival). It won the Best Short Film in Sarangani Shorts Category. I also started to accept NGO jobs and projects that help widen my perspective on community development. I learned to engage in different communities and appreciated the value of volunteerism.

In 2014, I graduated in my MSDS (with Diploma and not yet a full-pledged MSDS); directed, written and produced my second short film entitled Jamir (despite the issue with Amaya Han). The year 2015 was my “down moment” because I suffered minor anxiety due to the negative effects of shooting my second short film. Slowly, I managed to overcome it through my travels within the region.

My literary career started to blossom in 2016. I was one of the fellows of the 2016 Davao Writers Workshop. It opened lots of writing and publishing opportunities. This year was the inception of the literary community in the region. Every province and city started to form writing organizations that are attached to SOX Writers. I was the interim chairperson for the Sarangani Writers League. I also participated in the Duterte campaign in the 2016 Presidential Election. I volunteered in the campaign in the region and able to meet different Duterte volunteers.

In 2017, I decided to accept the ESCO job as one of the ghostwriters for the CEO. That job gave me the opportunity to go to Singapore, which was my first international travel. It was memorable and I had a great time in Singapore. I stayed there for a month and able to roam around the city during the weekend. I resigned after two months because I did not find any relevance on the job title.

Despite the fact that I help and collaborate with the youth in Sarangani and its neighboring provinces, the year 2018 was the active year for youth engagements. For example, I was one of the participants in the 2018 (Sarangani) Provincial Youth Development Planning. I also had different speaking engagements for the youth not only for Sarangani but also to other provinces in the region.

Sarangani Writers League was also active in 2018. I was able to organize different literary events like Bigkas Sarangani (Malungon, Alabel, and Glan). My short fiction in Binisaya entitled Susama sa Aso was part of Libunan: Binisayang Antolohiya sa Katitikang Queer. Although I did not like its final edit and did not receive its complimentary copy, I’m still happy because it was my first published anthology book.

In 2018, I applied for a project-based job in SOCSKSARGEN Federation of Fishing and Allied Industries, Inc. (SFFAII) as a Technical Assistant. This project was called the electronic Catch Documentation and Traceability (eCDT) system and funded by USAID Oceans. I learned many things about the fishing industry not only in GenSan but also in the global fishing industry. Since it was a one-year project, I was not able to finish the contract (I had two-month left). I got bored and realized that I am not for an office job stuck in the four corners of the office. I felt stagnant because I did not have the chance to network in the fishing industry. I also missed lots of opportunities and events outside SFFAII because I was held in the office.

In 2019, I became an unofficial “Manager” to different advocates and known figures in Region 12. I was responsible for their media guesting and other related promotional activities. I maximized social media and mainstream media to help promote their advocacies. I also established a good relationship with the Sarangani Provincial Tribal Council and other tribal organizations in Sarangani.

I also had a short stint in AXA Philippines (GenSan) and became an Insurance Agent. Through that experience, I appreciated more the importance of insurance and finances. But I decided to have a hiatus (or soon I will be resigning) because our team leader was not a good leader, and I became busy with my other activities. I also realized that I am not into selling this kind of stuff.

This year, I decided to go back to my MSDS program to finish it. I asked Wilfredo Bidad, Ph.D. (the Dean of the graduate school), and he allowed me to continue it. I enrolled one subject as a refresher and able to attend the class. But later on, I discontinued and realized that the program would not be beneficial to me since it’s not related to my undergrad course. In August, I decided to enroll in the MA Literature program at the University of Southeastern Philippines (USEP) in Davao City. Matet Rulona encouraged me to enroll and gave advises about the program.

I also decided to pursue writing about film reviews and criticisms. I participated in the film criticism workshop of the 2019 Ngilngig Asian Fantastic Film Festival in Davao City.

Although I did not have any material investments yet, I am still happy and contented in this decade. I focused on investing in social capital – travels, meeting new people and establishing good relationships, instead of fixing my finances or saving for the future. In the coming decade, I will focus on it and continue what I am doing now. Throughout the years, l learned to become flexible and adaptable to changes, adjusting my plans, depending on the circumstances or unexpected events. Hopefully, I will able to execute my plans and reach the goals I set for myself. I look forward to this new decade with high hopes and positivity.