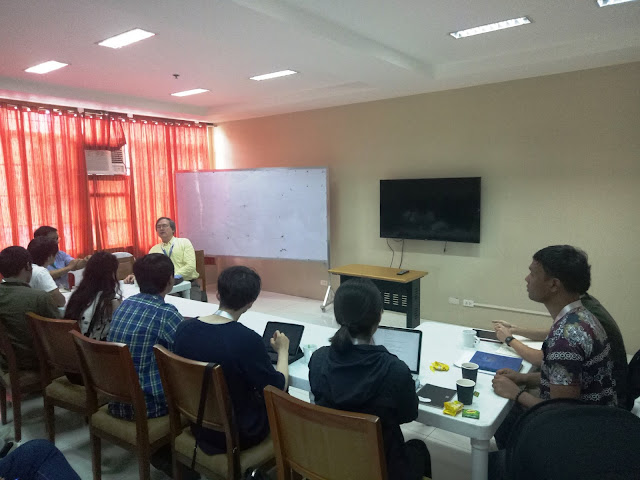 This project provides training in writing about cinema, while offering immersion in the lively atmosphere of a unique and important film festival. Workshop participants attended screenings of films in the Cinema Rehiyon program and wrote short texts about the films under the guidance of two mentors — Chris Fujiwara and Tito Valiente, who are experienced and well-known film critics. The participants also took part in focused discussions about cinema and film criticism. In previous years, the Yamagata Film Criticism Workshop has taken place in Yamagata, Japan; General Santos, Philippines; and Yogyakarta, Indonesia.

Chris Fujiwara is a film critic and programmer who have written several books on cinema, including Jacques Tourneur: The Cinema of Nightfall (2001), The World and Its Double: The Life and Work of Otto Preminger (2007), and Jerry Lewis (2008). He also edited the book Defining Moments in Movies (2007). He has lectured on film aesthetics and film history at Tokyo University, Yale University, Rhode Island School of Design, and elsewhere. From 2012 to 2014 he was Artistic Director of Edinburgh International Film Festival.

Tito Genova Valiente is a public anthropologist, film critic, and film educator. He is a member of the Manunuri ng Pelikulang Pilipino (Critics of the Filipino Movies), the oldest critics’ group in the country. He is an outgoing member of the Executive Committee on Cinema, National Commission for Culture and the Arts Member. He did his post-graduate studies under the Ministry of Education Japan scholarship in Rikkyo University. He was a research fellow under the Japan Foundation Grant. He has taught in the Department of Sociology and Anthropology and the Japanese Studies Program in Ateneo de Manila University. With the latter, he has developed a course on Japanese Cinema and Culture for Filipino students. He has co-edited with Dr. Hiroko Nagai two books: War Memories, Monuments and Media: Representations of Conflicts and Creation of Histories of World War II and Transnationalizing Culture of Japan in Asia: Dramas, Musics, Arts and Agencies.

He has written fiction and criticisms and has served as juror in various film festivals in the country and conducted film criticism and film education workshop under the auspices of the Film Development Council of the Philippines and the National Commission for Culture and the Arts nationwide. In 2016, he was honored for Achievement in English Essay from the Union of Writers in the Philippines.

The 12th Cinema Rehiyon had a theme: “Sarong Gatos Sa Sanga-Sangang Dalan.” This year’s theme pays tribute to the Centenary of Philippine Cinema dubbed as “Sine Sandaan”. Thus, if the theme is in Tagalog, “Sandaan sa Sanga-sangang Daan.”

Cinema Rehiyon is the flagship project of the Committee on Cinema under the National Commission for Culture and the Arts (NCCA). The festival has been held annually twelve times so far, each year in a different city.

It gathers over a hundred filmmakers from all over the country, screening a dozen full-length films and about a hundred short films that show the richness and diversity of the culture and people of the Philippines. Films are selected from the programs of approximately 20 regional film festivals from around the country.