Safeguarding the Moving Images of Mindanao 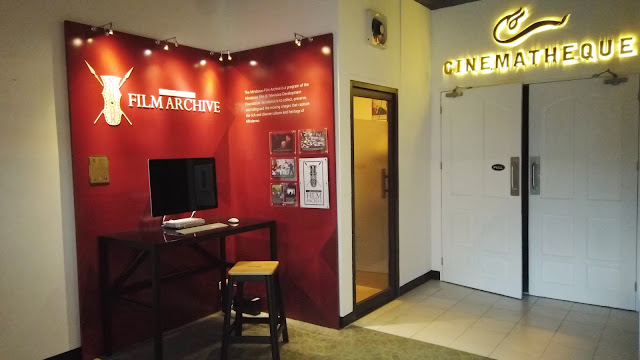 Mindanao cinema has grown exponentially in the last decade with its many filmmakers from producing films that made mark in the independent filmmaking scene, reaped accolades both in the country and abroad, and contributed to the deepening of the discourse on regional cinema in the Philippines. Very recently a move aimed at preserving and safeguarding Mindanao’s audiovisual heritage and make it more accessible to the public has been initiated. Dax Cañedo, president of the Mindanao Film and Television Development Foundation Inc. (MFTDFI) and his team proposed a film archiving project to help safeguard Mindanao’s moving images and preserve it for the future generations. This is to complement the existing film archiving and restoration projects currently being undertaken by both private and public organizations to salvage the country's cinematic gems.
“Our collection of films has grown big, to the point that it was becoming increasingly more difficult to look for particular films that were needed for different occasions such as film festivals, various kinds of film screenings, and research. Thus, we felt that the films in such an archive needed to be properly catalogued and information about these films stored in a database,” Cañedo said.
For many years, they would get requests from filmmakers for copies of their own films, which they screened in the Mindanao Film Festival, because they lost it for numerous reasons. They also received lots of queries from students, researchers, and film enthusiasts as to where they could watch some of the films from Mindanao.
“Instead of an archive that allowed films to rot away and never to be seen ever again, it was clear to us that the Archive's database should be accessible to the public through an interactive kiosk. This would make the films more discoverable and it would be easier for interested people to find and watch these films,” Cañedo said.
Cañedo's archiving idea was materialized through a grant from the National Commission for Culture and the Arts (NCCA) with the support of the Film Development Council of the Philippines (FDCP). Thus, the Mindanao Film Archive was established on December 23, 2018, together with the inauguration of the Archive's first publicly accessible interactive kiosk located at the Cinematheque Centre Davao.
“Films or moving images are like time capsules because they capture the culture and heritage of a society from a particular time. So archiving, safeguarding, and preserving the moving images of Mindanao help ensure that these ‘records’ of Mindanao's culture and heritage remain available for generations to come. It is imperative that archiving of Mindanao's films be done,” Cañedo said.
Jay Rosas, a film reviewer, programmer and archivist, supports this project and help for its archiving process.
“Film archiving in general is part of the overall development of film. Without a clear direction or thrust on archiving, any industry or film movement is doomed to slip into oblivion. Such is the case of the earlier Filipino films, sadly. For Mindanao cinema, which has relatively a young film history (considering the difficulty or absence of any extensive archival effort in the past) and which benefitted from the democratization of technology that enabled film production in the regions, film archiving plays an important role in preserving the recent and current outputs.” Rosas said.
He added that the initial efforts towards digital archiving should provide the impetus for a more extensive and expansive archiving effort of audiovisual materials and not just films in digital format.
Rosas saw the importance of archiving when he curated a film program which consisted of the first films of some of the notable Mindanao filmmakers like Teng Mangansakan and Sherad Anthony Sanchez. He got copies of their films in VHS and mini-DV formats (the only copies at that time). From that experience, he saw the need to sustain this film archiving effort.
Rosas also help educate the public with regards to the importance of film archiving.
“As a film programmer and writer, who also occasionally does lecture on film appreciation, I always incorporate film archiving into the discussion. But a more sustainable way of doing this is to incorporate the topic of film archiving on media literacy subjects, especially in discussing film and advocating film appreciation. Part of the institutional development of the Archive should be the education component which should integrate public lectures on the importance of archiving.” Rosas said.

Rising above the challenges

Developing a database software caused delay in adding more films into the archive. The process has been slow as they need to identify bugs and try to find ways to fix or circumvent them. Because of this, they had to pause their data encoding process many times and even lost volunteers along the way as they moved on to other projects. Moreover, contacting the filmmakers or rights holders of older films is also difficult for the Archive.
“Despite the availability of social media, tracking them down has been very difficult. If we can contact them, they have doubts and worries in entrusting their films to the Archive. Some worried that their films would be exploited for financial gain without their knowledge or fair share. Others are concerned that their films would be stolen and pirated. Whatever the reason for their hesitation, we completely understand the concerns. We are doing everything to address those concerns and slowly build that trust,” Cañedo lamented.
Some Mindanao filmmakers hesitate to archive their films because of the piracy issue that plagues the Philippine film industry. But Cañedo is confident that the moving images stored in the Mindanao Film Archive are more secure than the storage and protection system used by the filmmakers and rights holders themselves.
“Extraordinary measures have been taken to ensure that the copies of the moving images stored in the Archive are safe and secure. First, the moving images are encrypted and stored in a system that has built-in data loss protection. It is elevated to minimize possible damage due to flood and secured with anti-theft measures. The Archive also has 24-hour CCTV surveillance and an alarm system that monitors for break-ins and fire. On top of that, the Mindanao Film Archive also has an off-site backup system in another location with the same level of security and protection,” Cañedo said.
“The Mindanao Film Archive also has handling protocols in place to ensure that only authorized staff can handle the moving images and that there is proper documentation of such handling. This minimizes the chance of improper use of the films that may violate the level of access allowed by the filmmakers/rights holders or any copyright laws,” Cañedo added.

Rosas is hoping that the younger generations will be able to appreciate the importance of archiving and take an active part in archiving efforts, starting with their own student or school-based film festivals. Another strategic direction Rosas is looking at would be institutional development, which is characterized by the continuous and proactive seeking and collection of audio visual materials.
“This requires more manpower and resources which is why the Archive should look into sustainability through strategic partnerships apart from government subsidy.” Rosas said.
The Mindanao Film Archive is envisioned to be a depository and a showcase of Mindanao’s culture and heritage captured in moving images. They hope to add more films or moving images into the Archive, and to be able to increase more kiosks in other places in Mindanao. So that more people will be able to access the database and view some films for them to appreciate.
“Soon, we plan on making the archive database available online so that people can explore the information in the Archive whenever and wherever they are,” Cañedo said.
[Originally published in newduriancinema.com]
Labels: Filipino films filmmaking