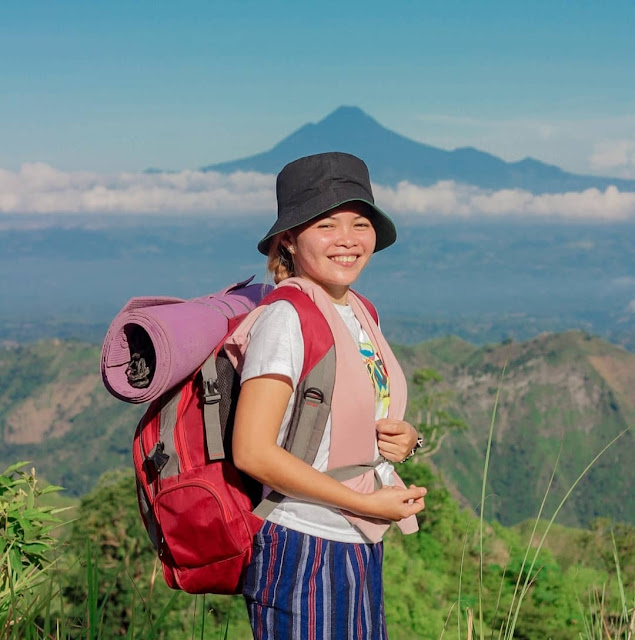 Kemberlyn S. Boclaras (or Kim to her friends) wants to empower her fellow youth. It is her dream to make them realize their purpose in life. She always encourages them to join and initiate activities that will develop them holistically.
Kim is currently working at the Department of Education (DepEd) as a Junior High School Science educator, assigned to Malungon National High School. She manages the Junior Quick Response Team (JQRT) of the school. She is also the Malungon coordinator of Kennedy-Lugar Youth Exchange and Study (YES) program, with its partner organization AFS Intercultural Programs.
Kim is the Founder of Malungon Youth Movement (MYM), the biggest youth organization in Malungon, Sarangani Province. It was established in May 2016 and conducted several community outreach programs in the far-flung communities of Malungon. MYM is the first youth organization in Malungon that received the municipality's Gawad Parangal and Sarangani’s first awardee of Sinag Kabataang Sarangan Award (SIKASAA). MYM is also one of Mindanao finalists for the 2019 Ten Accomplished Youth Organizations (TAYO) Awards.
Kim is also a long-time volunteer of Summer Big Brother (formerly known as Sarangani Big Brother). It is a summer volunteer program designed to assist the DepEd in eliminating the frustration and instructional readers among incoming Grade II and III pupils. Frustration Readers are those who can identify words but have inadequate or no comprehension at all. Quality Education for Sarangani Today (QUEST) conceptualized the said program.
In an interview, Kim talks about MYM; how they cope with the pandemic; and her learning experience.

Yadu Karu: What motivates you to organize Malungon Youth Movement?

Kim Boclaras: Since I was a kid, I already have this desire to help. The concept of helping people always makes me feel happy. I have been a volunteer in different groups and I am proud to say that my involvement in Sarangani Big Brother, which is now Summer Big Brother (SBB), really helped me find my passion for volunteering. My Phinma National Scholarship (PNS) family also taught me many values that molded me to be the person I am right now. My experiences and learnings in PNS and SBB were my motivation and inspiration to organize this group – an organization that would help inspire more people to become better individuals in the future.

Yadu Karu: MYM is considered as the biggest organization in Sarangani in terms of membership. How do you handle it?

Kim: To be honest, it is never an easy task to handle this big group. Yes, we have many members but we cannot deny the fact that all of us have the same level of passion and commitment to help. Sustaining the organization is the biggest challenge for us, since the majority of the members is still studying, and have different levels of priorities in life. We compromise to manage it. In an organization (like in our case), it is normal that members may “come and go”, depending on their availability. In MYM, that is acceptable, and we do not force them to stay or leave the group.
Every time there is a problem with schedules, I would always tell the members to prioritize their studies. They are always welcome to come back once they are available. Good thing, we still have more members who know how to balance their studies and engagements with the organization. 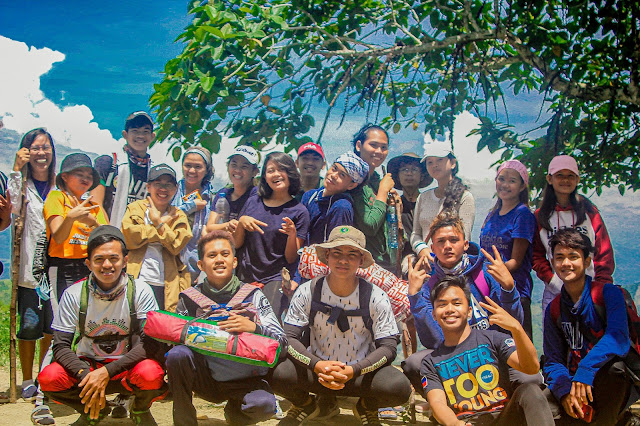 Yadu Karu: I am aware that MYM has so many youth-related activities in the past. Despite your schedules, you all manage to continue to empower your fellow youth and communities in Malungon. How do you cope with this pandemic?

Kim: COVID-19 affects us all – both individually and as a group. Our organization decided not to operate during the community lockdown since the majority of the members are discouraged to go out. We just simply followed the orders and health protocols. Through following these guidelines, we are helping our government on fighting the virus. When the community quarantine was lifted, we began to conduct our Project SAKA (Sama-Samang Kabataan para sa Karunungan, Kalusugan at Kahandaan) – a program that would help the people in the far-flung community to fight against COVID-19.

Yadu Karu: How do you encourage your members to initiate their projects?

Kim: I am happy to share that the organization has inspired many members to make their projects in school or other youth groups. I guess their involvement in community outreach programs helped them to become better leaders in their field. Of course, as one of the Ates (older sister) in the group, I always make myself available for them whenever they need my help or advice.

Yadu Karu: What are the challenges you have encountered when you started MYM? How did you overcome it?

Kim: I think the year 2016 was perfect timing to organize MYM. I can say that I did not experience any major problems when I started the group. We have gained numerous supporters from our municipality and even at the provincial level. It was also not difficult to encourage and gather youth all over Malungon. I think the reason behind it was that we are all passionate about youth empowerment. 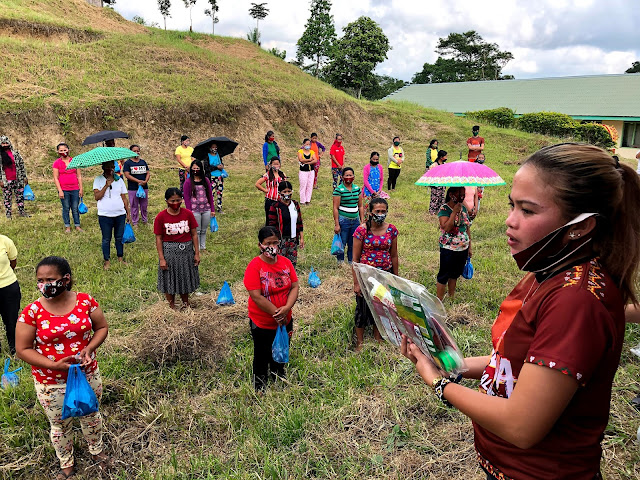 Yadu Karu: What is the best thing about MYM?

Kim: MYM is like my second home. Everything about it is the best (even the highs and lows). We may be a local-based organization but it is only in this group where we can feel the true essence of bayanihan and volunteerism. Every member’s hard work – from the planning, fund-raising, and actualization of the programs, is bringing so much joy to my heart. Seeing them getting inspired and motivated by MYM is also giving me the inspiration and motivation to do more for the group; to strive hard to make MYM the best journey that we will all look back and share with our grandchildren when we get old.

Yadu Karu: How do you train other members to be the next president of the organization?

Kim: Actually, I do not train the other members to be the next president because I believe that all of us already have the potentials to be great leaders for the youth. Training them to become the next president of this organization was never part of my plan. My main goal is to make them realize their worth as a youth and inspire them to be better people in the future. I guess their experiences in the organization shaped them. I hope they will become an inspiration to others.

Yadu Karu: When you became the president, what were your realizations or learnings?

Kim: When I became the president of this organization, I realized a few things. First, it is easy to create a group but the challenge here is sustainability: like how to keep the members’ passion, commitment, and inspiration.
Second, when the challenges and problems kick in, it is okay to break down and cry but never let all people know about it. Keep the problems of the group inside the group. Third, it is okay to ask for help or advice from the members of MYM or other organizations. It is not a sign of weakness. It is an indication of your willingness to learn and improve yourself, and your group. I learned that collaboration is one of the potent elements to sustain the organization. Lastly, always trust and believe in the skills and potentials of the youth. 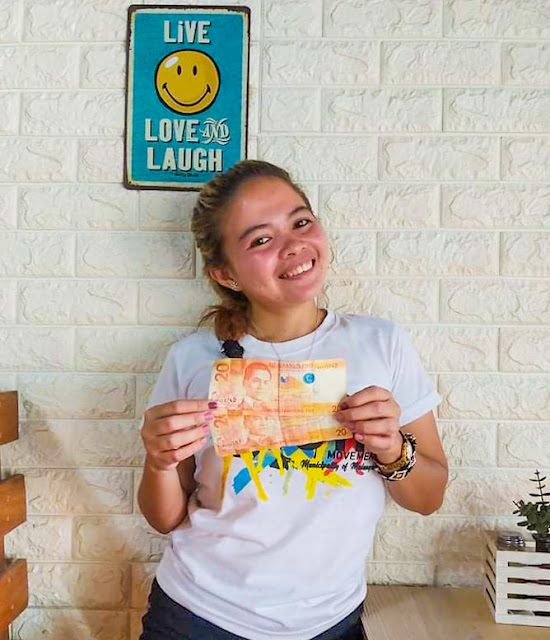 Yadu Karu: Can you tell us about the “20 pesos campaign?” I heard it became a successful project and it inspires some youth organizations in Sarangani.

Kim: The 20 pesos campaign started in 2018. The idea was inspired by a famous ice cream advertisement, with its tagline: “Saan aabot ang bente pesos mo?”
We did not expect that it would catch the interest of the people. We have gained many supporters we did not imagine we would get. The support for the campaign was overwhelming. The donation drive has reached different parts of the country and even abroad. The local and national leaders also supported the fund-raising campaign.
I am happy to know that this campaign became the inspiration of other groups in the province and other areas in the Philippines. 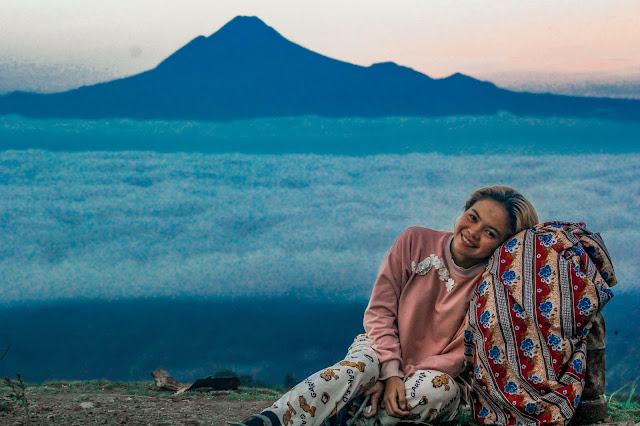 Yadu Karu: What advice would you give to those who want to initiate their projects?

Kim: Dream big! Everything is possible as long as you accompany it with passion and perseverance. Never hesitate. Do not let the bad criticisms or negativities pull you down. If you know you are doing the right thing and it makes the people happy, padayon lang!
____
All photos credited to Kim Boclaras and Malungon Youth Movement Facebook page
Labels: advocacy Advocates interview Malungon People youth youth development youth empowerment