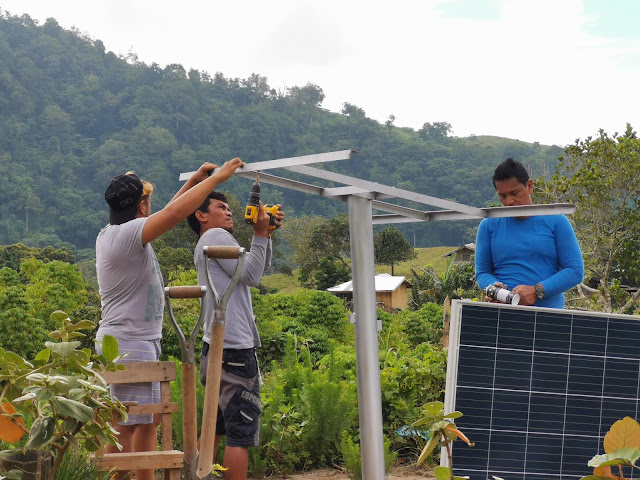 One Meralco Foundation (OMF) in partnership with DepEd South Cotabato has a series of solar panel installations in the municipalities of Tboli and Lake Sebu that aims to provide stable electricity to the schools to open up more learning opportunities for students.
It is a PHP3.5 million solar energy project of OMF in the province of South Cotabato. The recipient schools are Kule Elementary School, Blo Elementary School, Lemkati Elementary School, and Ellaw Elementary School in Tboli, and Talaytay Elementary School, Proper Ned Elementary School-Upper Salban Extension, and Datu Kahar Macasayon Elementary School in Lake Sebu.
Ruth Estacio, DepEd-South Cotabato division superintendent, said that the installation of the solar power systems is ongoing in these schools, which are situated in remote areas in Tboli and Lake Sebu towns.
“We pushed for this project as we saw that learners can study better in our schools if they have electricity,” she said in an online forum hosted by the Philippine Information Agency-Region 12.
Aside from solar panels and lights, OMF will also provide the schools with desktop computers, laptops, and television sets. These will allow the teachers in these areas to give lessons via multimedia and utilize more audio-visual learning materials. Furthermore, OMF is looking at the possibility of expanding the project later on in other areas.
“We still have some disadvantaged and remote schools that don’t have access to electricity and we’re hoping that they will also be included in the project,” she said.
This project partnership is part of DepEd’s Social Mobilization and Networking (SMN) section with its flagship “Weave the Dream” campaign. It engages partners and stakeholders to help the young learners of the province to be equipped for the new normal education, hence enabling them to continue weaving their dreams. The Schools Division of South Cotabato is committed to ensure educational continuity amidst the challenges.