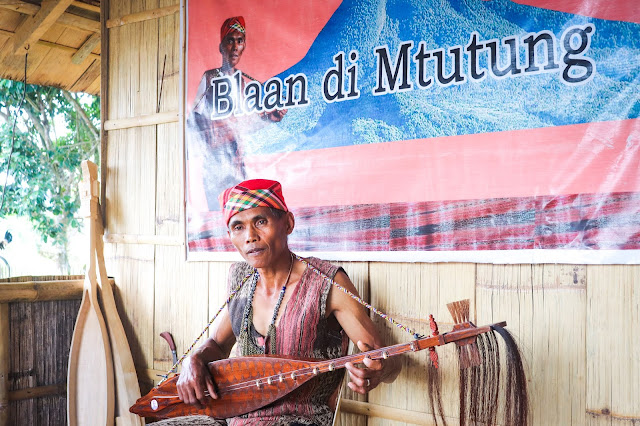 “Since I was young, it has been my desire to have my own faglung all the time,” Fulung Doming Maladianon said. “I use faglung to express my emotion. When I am sick, I just play the faglung and feel better.”

Fulung Doming is a Blaan faglung maker from Sitio Kalyong, Barangay Landan, in Polomolok, South Cotabato. He is the only remaining active faglung maker in Soccsksargen that continues to share his craft to the young generation.
“I started making faglung when I was seven years old. I used abaca strands as strings. Then, I used nylon. Later on, I used loggers’ wing because there were no strings in those days. Other children would trade their chickens for small faglung. Others would trade it with shirts and pants too,” Fulung Doming said.
Faglung (Boat Lute) is the Blaan’s two-stringed musical instruments. The Blaan community upholds the faglung as one of the significant cultural icons of the tribe. It has several valuable social functions such as enlivening community gatherings and use in planting and harvesting rituals. Fulung Doming is aware of his role in his community and how important faglung is in the lives of the Blaans.
Faglung strengthens social ties in the Blaan society. A Blaan may give away his faglung as an expression of gratitude to others. It can also be used as a welcome present or gift to a visiting guest. Faglung aids in the maintenance of social order among Blaan communities. In most cases, if someone offended a person, a faglung can serve as payment for the offense (along with cash and other in kinds). This traditional way of reconciliation is called Sbayad. That is why most Blaans prefer to have a peaceful coexistence with other Blaans because the reconciliation process is tedious and expensive.
In his community, he is considered “Fulung” because of his knowledge on faglung making and playing. Most of his faglung designs are revealed through his dreams. He is also part of the Blaan elders who settle conflict in the community. The Blaan community officially declared him as Fulung and Master Faglung maker and player in 2015.
Moreover, Barangay Landan is identified as a cultural barangay because there are many identified cultural masters living on it. The most known cultural master is the late Yabing Masalon Dulo, the Gawad Manlilikha ng Bayan awardee.
However, there was a time that he stopped making faglung because he worked full-time on his farm.
“I was making faglung prior to our first-born child. I stopped making faglung when I worked at the farm full-time. But I have my own faglung. I still play faglung. I went back to make faglung in 2011. I have made many faglungs since then,” he said. 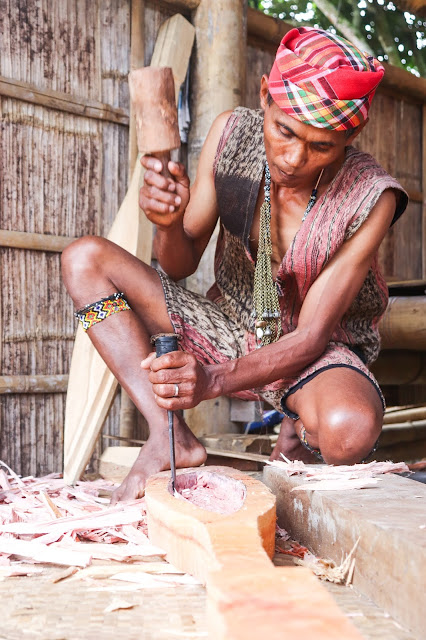 The School of Living Tradition in Sitio Kalyong

In 2011, Kalyong Elementary School had a project called The School of Living Traditions (SLT) that focused on how to play the Blaan musical instruments. The instruments were dawagay, sluray, falimak and faglung.
For the 36 days, 50 pupils were chosen to undergo the training. It was a collaborative project with the National Commission for Culture and the Arts (NCCA), LGU Polomolok and local partners in the community. The transfer of skill was the main objective of the activity.
During that time, their problem was the unavailability of faglung in the entire community because no one was making it. The school did not know where to get such instrument. Joven Ryan Malida, the then project implementer of the SLT, requested Emilio Dialoma, one of the faglung masters, to look for a faglung maker.
Fulung Doming was tapped to make seven faglung instruments and became one of the cultural masters of the SLT. Through the SLT, the community of Sitio Kalyong started to appreciate the importance of their culture and the arts.
“The Blaans should not forget how to make faglung because it is helpful in preserving our distinct identity,” Fulung Doming said.
Joven encouraged Fulung Doming to continue to make faglung even after the SLT project ended. That is why Fulung Doming and his wife took the initiative to establish Gumne Gusatdo – a home based SLT project that is independently financed by them.
In Gumne Gusatdo, Fulung Doming teaches faglung making and playing. His wife also teaches Blaan beadwork and embroidery. They first taught their family members and eventually to young Blaans in the community.
“It has been a desire to really transfer the skills that I have to the children as much as I can. Everyone is welcome no matter where you came from,” Fulung Doming said.
_____
Originally published by SunStar Davao Newspaper, written by Genory Vanz Alfasain (a.k.a. Yadu Karu).
Labels: Blaan culture Indigenous People interview People