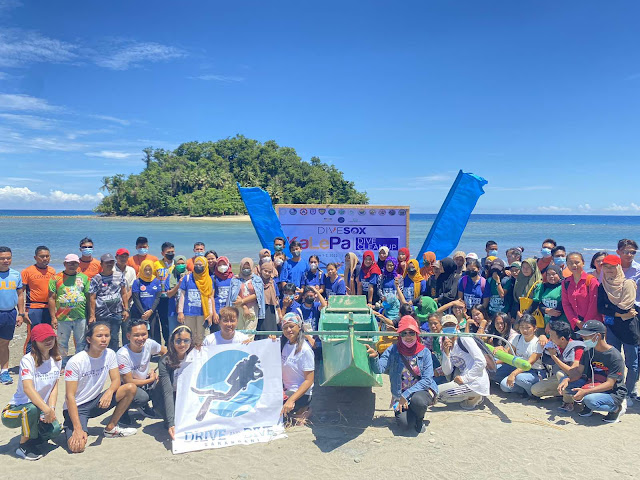 To help raise awareness on taking care of our marine resources, the Department of Tourism (DOT) region 12 conducted a two-day SOX dive cleanup, from June 1-2, 2022, in the municipalities of Kalamansig, Lebak and Palimbang (KaLePa), Sultan Kudarat province.

The first cleanup activity was conducted at the coastal area of Barangay Medol, Palimbang. More than 40 kg of trash collected during the event. On the second day, coastal and underwater cleanup were conducted in Barangay Santa Clara, Kalamansig. A total of 325 kg of trash collected and 476 Crown of Thorns (COTs) were extracted from the coral garden of Kalamansig. The Drive & Dive Sarangani divers also led the cleanup dive. Participating agencies attended the culmination program held in the municipality of Lebak.
In SOCCSKSARGEN (or SOX), there were COT infestations recorded particularly in Sarangani Bay Protected Seascape. COT extraction is one of the mitigating measures done recently to help combat such problems. 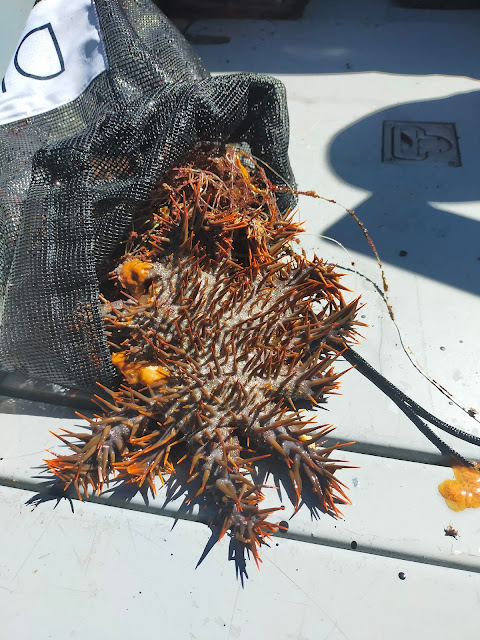 The Crown of Thorns Starfish (COTS) (Acanthaster planci), is a large seastar that feeds upon hard, or stony coral polyps. Its name is derived from its venomous thorn-like spines that cover its upper surface. Dense aggregation of COTS can strip a reef 90% of its living coral tissues and this can indirectly affect fish populations that depend on coral reefs for habitat.
Factors that influence COTS outbreaks include excess nutrients from run-off in the ocean and overfishing or removal of their natural predators (e.g. Triton’s trumpet, Napoleon wrasse, white-spotted pufferfish, and titan triggerfish), as well as the continuous rise in sea surface temperature due to climate change exacerbated by various anthropogenic activities (e.g. improper waste management, deforestation, agricultural land run-off, overfishing). 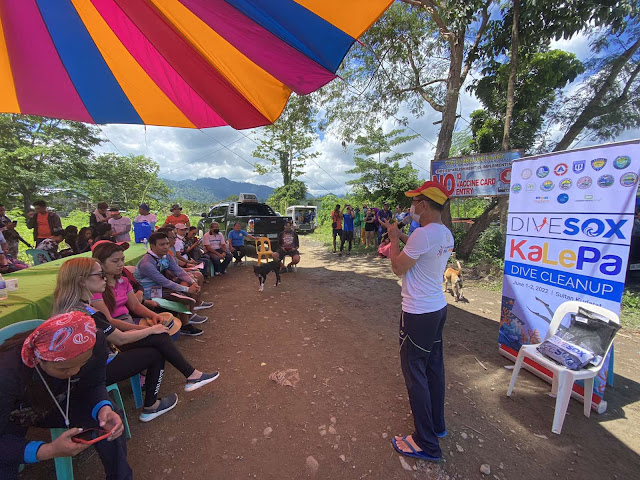 “Part of discovering new tourism sites in the region is doing this kind of activity. We need to raise awareness on how to take care of our environment. KaLePa has lots of natural resources and we need the community to help protect and preserve it,” OIC regional director Armin H. Hautea said.
“We do not just instantly promote this emerging destination. There are lots of considerations, including the community preparation and setting up dive shops, as well as dive advocates,” he added.
DOT 12 identified Kalamansig-Lebak-Palimbang (KaLePa) as one of the tourism circuits and considered as an emerging diving destination in the region. As part of their future plans, tourism training programs will be conducted in KaLePa to support the growing dive industry in this area.
The SOX Dive Cleanup is part of the Dive SOX campaign of DOT 12. It was launched on May 28 at Lemlunay Resort, Maasim, Sarangani province, in line with the celebration of the Sarangani Bay Festival 2022.
According to DOT 12, Dive SOX is a campaign established to uphold the diving industry in SOCCSKSARGEN as one of the economic drivers in terms of tourism.
Hautea said the Dive SOX campaign started three years ago when the Philippine Commission on Sports Scuba Diving, in coordination with DOT 12, conducted a Rapid Exploratory Assessment in Maasim and Glan in Sarangani.
It was then followed by the development of Dive SOX logos that was adopted by the Regional Eco-tourism Committee 12 as a logo to be used for any dive activity in the region. Thus, the Dive SOX campaign is introduced.
One of the main objectives of the Dive SOX Campaign, according to DOT 12, "is to take advantage of the opportunity to check on the current state of the region's coasts and their marine inhabitants."
Included in the Dive SOX strategies and activities are Sarbay Exploratory Dive Assessments, Scuba Diving Awareness to Tourism Stakeholders, Dive SOX Branding Development, Tourism Stakeholders Open Water Dive Class and Training, among others.
The SOX dive cleanup activity was organized by the DOT 12 in partnership with participating agencies, including the local government units of Kalamansig, Lebak and Palimbang; BLGU Medol and Santa Clara; municipal tourism office of the three municipalities; Bureau of Fire Protection; Philippine Coast Guard Southern Mindanao District; Sultan Kudarat Maritime Police; 2nd Sultan Kudarat Provincial Mobile Force Company; Coastguard sub-station Kalamansig; and municipal police station of the three municipalities and its community members; and Drive & Dive Sarangani.