The Takoyaki Boys: An interview with Carlou Barroca Espedillon 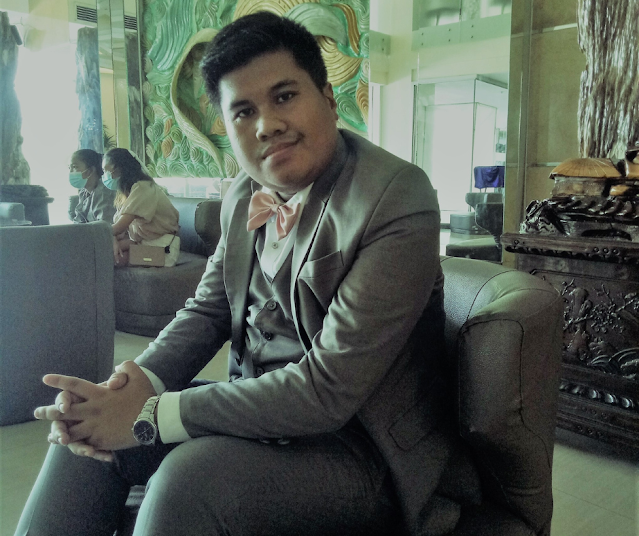 Carlou Barroca Espedillon is a young writer from Alabel, Sarangani Province. He started writing when he was a fifth grade student as an editorial writer for the campus press – something that he did for the next ten years.
Espedillon began writing creative fiction and non-fiction in 2017, a radical shift from his core writing foundation as a campus journalist. Although some of his short stories were published on zines and literary anthologies, his latest book ‘Takoyaki Boys and other Stories' proves that he can now call himself as “published author.”
He took up Bachelor of Science in Education major in English at the Ramon Magsaysay Memorial Colleges. Espedillon is a member of Sarangani Writers League. He is also known as "Lolo Penguin."
In an interview, he shares about his writing process and influences, and his latest book 'Takoyaki Boys and other Stories'.

YADU KARU: When did you realize that you wanted to write?

Carlou Barroca Espedillon: I actually never thought of being a writer. I know that I had a lively imagination when I was a kid (I daydreamed a lot), but I hadn’t acted on it until I reached fifth grade, when one of my subject teachers recruited me to be a part of our school’s campus journalism team. He basically told me to write something. Then he told me that I will be a competing editorial writer.

YK: Is this something that you dreamed about? Or this is just unexpected moment of your life?

CBE: I never really knew who I am until I started writing. I knew that I don’t have any remarkable affinity with other crafts: dancing, singing, painting, etc. I am absolutely terrible with numbers, although I’m somewhat an excelling student during my academic years. When Sir Jolo (the teacher who recruited me in elementary) made me a campus journalist, I felt an instant connection with writing. It’s eureka moment for me. It felt like, I don’t know. I finally found the right pants size for me. I’m actually good at something!
I continued on being an editorial writer throughout high school and college, that’s when I decided that I will try to become an actual published author, writing outside my core foundation as a campus journalist.

YK: Part of being a writer is reading other works. What works have influenced your writing?

CBE: I had a terrible case of chickenpox in fifth grade. When I finally recovered well enough to read, I found an old copy of summarized El Filibusterismo in a cardboard box. It really profoundly affected me so much to the point that my already-high interest in politics and history peaked twice fold. I hadn't read a novel so dark and cynical until I read El Fili.
Lualhati Bautista’s “Dekada ‘70” is my favorite novel in high school, and until now. Bob Ong influenced my early writing style and I tried to replicate his way of telling stories. His “Stainless Longganisa” and “Ang Paboritong Libro ni Hudas” were my favorite works of his. As a guilty pleasure, I read a lot of John Green, Nicholas Sparks, and Noreen Capili. Consider it my romantic era.
Neil Gaiman and Stephen King’s surreal take on writing are my main inspirations. Gaiman’s “American Gods” and “Anansi Boys” made me interested in how mythology can be written in the modern era. King’s “The Green Mile” is my great writing inspiration, and I wonder why only few talk about this work of his.
I don’t have a specific genre of specialty when writing. Blame these authors. I love them for it.

CBE: I don’t have a “creative writing process”, I think (hahaha). I just write straight from my head, as if the ideas and the characters I created made decisions for themselves. It’s an instinctive process. My way of writing is based on “the stream of consciousness”. The revision comes later.
To put it simply, I rarely do outlines.

YK: You are fond of sharing satirical and thought provoking posts on social media. What is the most interesting reaction you've received so far?

CBE: I appreciate the laughter I caused to the people who read my satirical posts and those who participated in the discourses I caused. Understandably, there are some people who disagree with what I say, and they do it in a harsh manner so common in social media nowadays.
Perhaps the most amusing reaction I’ve seen to my posts so far are from those people who share the same view as I do, but they failed to recognize my sarcasm or satirical intent. They ended up hating on me instead. Truth be told, I have reservations against people who can’t distinguish satire or sarcasm, even if we share the same opinion. It speaks something about their critical thinking abilities. 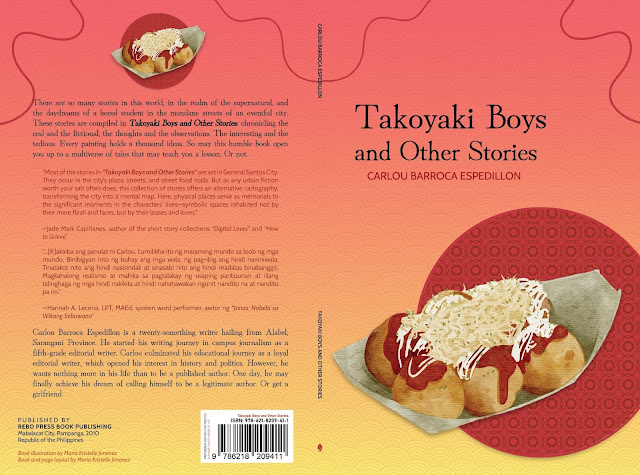 YK: 'Takoyaki Boys and other Stories' is your first book published. What's your inspiration behind it?

CBE: “Takoyaki Boys and Other Stories” started as a compilation that I started in Wattpad, in the hopes that one day if a publisher wants to pick me, I can easily compile these works. Last 2020, an independent publisher named Rebo Press organized the Esperma Grant, which gives writers a chance to be published. I submitted Takoyaki Boys and Other Stories because of that opportunity.
However, the conditions of the Grant state that the works shouldn’t be previously published in any other journals. So I have to rework the initial manuscript. I removed those that I considered mediocre, and I added the stories which I considered worthy to be published. After some time, I discovered that my manuscript didn’t make the cut, which was kinda sad. But then, a year later, Rebo Press reconsidered my manuscript as part of the Esperma Book Grant (English category). It’s a matter of luck and skill, I think.

YK: How do you incorporate your sense of place and identity to your writing?

CBE: I always believe that fiction is anchored to reality, no matter if it is as fantasy as Lord of the Rings. Every work of fiction is based on real life, with just the touch of our imagination. Even the most mundane of places and memories hold a lot of interesting stories if you know how to draw it out.
I listened to the tales I heard from the streets and places that I went to. These may seem to be boring tales, but to the person who told that story, it holds a certain degree of significance. A king can tell a colorful tale; so does a beggar. I incorporated my own experiences into my writings, or the story of other people. It’s what I learned from watching Wong Kar-Wai movies. 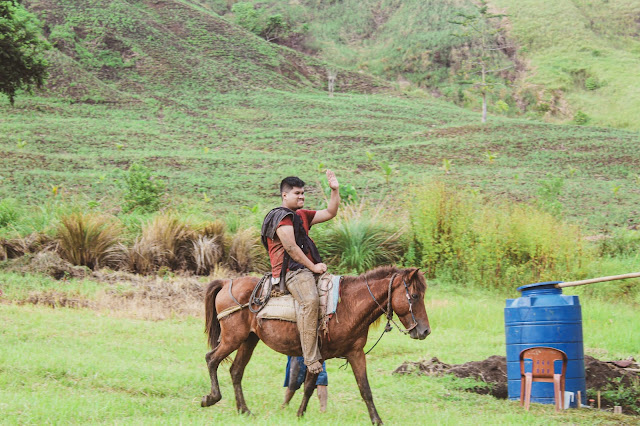 YK: In what way do you help promote Sarangani literature?

CBE: Here’s an amusing story:
Whenever my followers ask where I live and I answer that I live in Sarangani Province, the common reaction is surprise. “Wow, taga-Sarangani ka pala? Akala ko malapit lang.” I don’t really find these reactions offensive. A lot of people just assume that I live somewhere in Luzon, I don’t know why. It’s partially true though, because I spent a portion of my childhood in San Jose Del Monte, Bulacan, although I identify myself as a Sarangan.
I don’t know if they assumed that I live in Luzon simply because I have a slightly significant social media presence. But I think I can use my small influence to showcase that Sarangani Province has a lot of literary talents worth showcasing. We have a lot of renowned campus journalist achievers that won in National School Press Conferences, and icons in SOX writing and spoken word poetry like Hannah Leceña and John Dave Pacheco. We live in one of the southernmost parts of the country; but we are connected to the Intelligentsia just like our comrades from the north. We share a literary and intellectual passion, and Sarangani Province can be a bigger part of the local literary scene.

CBE: Read a lot of stories. Read philosophy, history, and politics. Study the old masters and the pioneers of modern literature. Listen to songs. Watch a lot of films. Listen to the stories of the common tao. And that’s the same set of advice that I will give to my fellow writers.

CBE: Truth be told, I don’t have any definite plans yet. If good fortune wills it, Takoyaki Boys and Other Stories will sell nicely, and my contract with Rebo Press will be renewed. I have enough short stories to have a second book. If Rebo Press or some other publisher are willing to pick it, I will be extremely grateful.
For now, I have a WordPress account where I dump my writings: llopenguin.wordpress.com
_______ 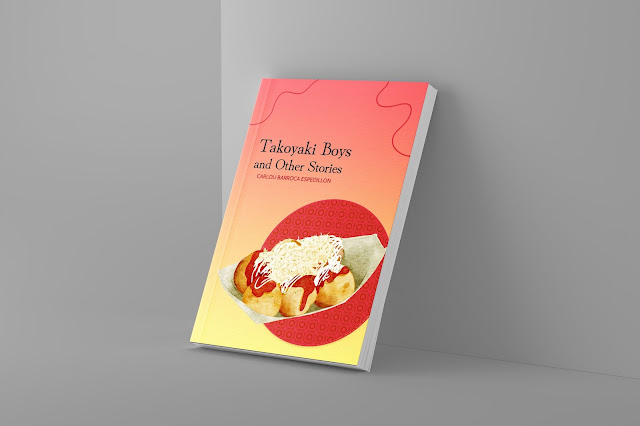