Art as an Intent 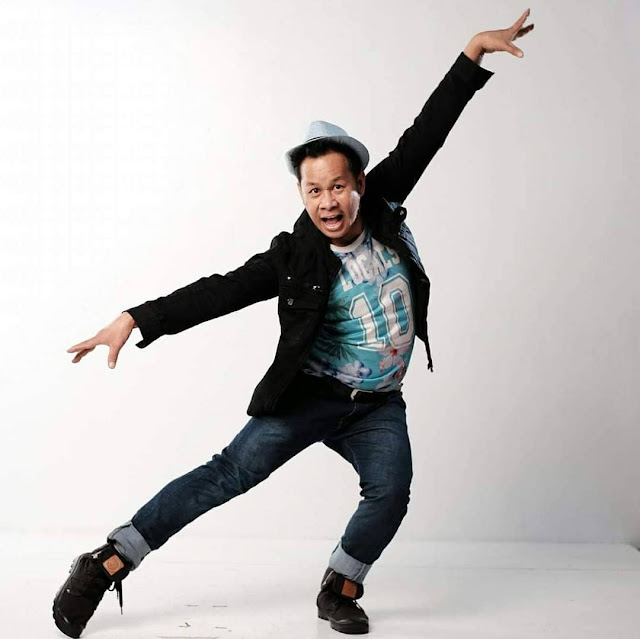 Noel Garrovillo never thought of himself as an artist. He took up a degree in education to become a teacher. But the opportunities that came to his life led him to become an artist and an advocate for culture and the arts.
“I considered myself as a frustrated singer – a ‘trying hard’ to become one. I am aware that I have talent in dancing. That is why I did not join a dance group. Instead, I auditioned for a choir group at our university,” Garrovillo recalled.
Fortunately, he was accepted to be part of Tambuli Singers, a choir group at Notre Dame of Marbel University, based in Koronadal City. They had a choreographer who taught them basic choreography for their choir performances. Garrovillo had an advantage since he can dance and easily remembers the steps that their choreographer showed them. In short, he acted as substitute choreographer when their instructor was not around.
The university saw a potential in Garrovillo and decided to send him as their scholar to Cultural Center of the Philippines (CCP) to enroll in a ballet class in the summer of 1989.
“The university enrolled me in Ballet Philippines. That time I had no knowledge of ballet. That summer class taught me formal study of ballet. I maximize my stay in Manila to really learn everything about dance. I watched shows on CCP. I absorbed everything that I could learn,” he said.
Garrovillo felt that his experience in the Ballet Philippines was not enough. He wanted to learn more and exposed himself to different arts. That is why he went back for another summer to enroll 18 units in Dramatic Arts at the Philippine Normal University and immersed himself in Tanghalang Pilipino for advanced courses in stage acting and directing.
“I define art as an intention. No matter what you do it still boils down to your intention as an artist. You need to find yourselves. Before you make an art, your intention must be clear. It will define what you will do. You need to know yourself to truly show your artistic expression,” he said. 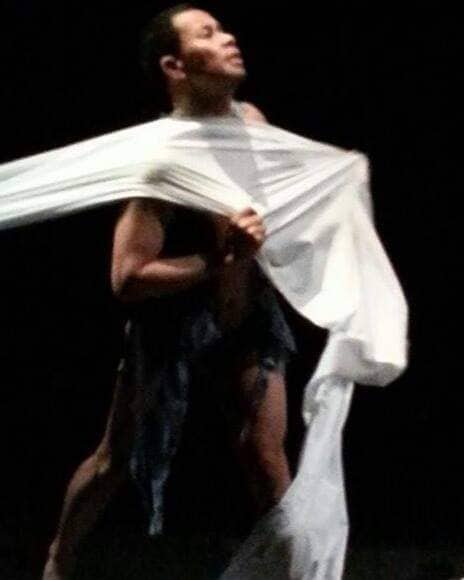 Garrovillo never forgets his hometown – Koronadal City. After his dance exposure in Manila, he went back and conducted a series of dance workshops as a way of sharing his knowledge on various dances particularly the contemporary dance.
From that dance workshops, he organized KAHAYAG Community Dance and Theatre Company (later reorganized and renamed as the Noel Garrovillo Dance Center). They performed a variety show type of performances in different municipalities and cities in region 12. Eventually they slowly shifted to cultural dance. They produced cultural performances such as Bulalakaw based on Ilonggo myth and the famous Tboli epic Tudbulol.
This led them a chance to perform in Mindanao Theatre Festival held in Iligan City. That experience also opened a big break for his dance group. The former Director of the CCP Nanding Josef saw their Tudbulol performance and made a lasting impression on him. Their success in that festival convinced Josef that KAHAYAG was ready for the 1996 National Theatre Festival at the CCP.
Josef was right in his decision because KAHAYAG was given a standing ovation and cited as one of the 10 Most Outstanding Theatre Companies in the Philippines. This experience was also a turning point for Garrovillo and his company members as they contemplated their identity as artists.
“During that time, some audience members asked whether we were Tbolis. There was a long pause. It was hard to answer it because we know for a fact that we are Ilonggos performing a Tboli dance,” Garrovillo recalled.
When they returned to Koronadal, KAHAYAG was no longer passionate about pursuing to create works whose movements are derived from the Tbolis and other ethnolinguistic communities in the region.
“From that experience we realized so many things. We don’t want to be accused of cultural appropriation or deceiving the audience for fame and profit. As Ilonggo Christian settlers in Mindanao, we want to create our own dances based on our environment, realities, customs and practices. We also wanted to give back to the communities that had been generous to us for their cultural dances,” he said. 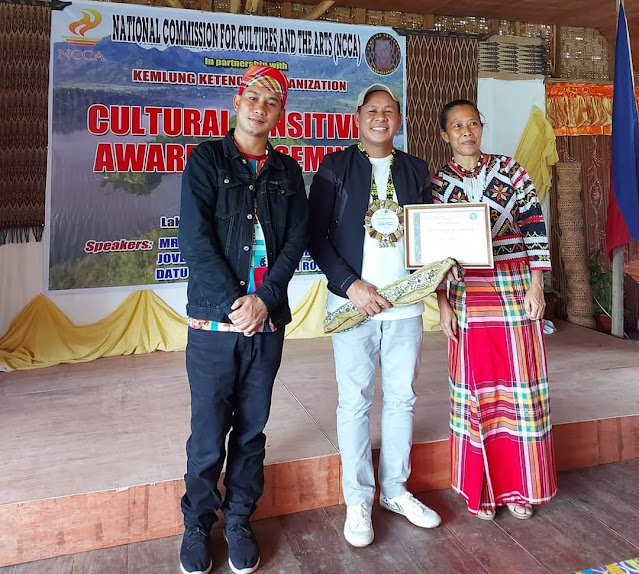 As a Christian Settler in Mindanao

Garrovillo and his dance company have continuously worked to make dance part of the local government’s agenda on culture and the arts. Although there are some challenges they faced, their sheer conviction and commitment help keep the art form alive.
Garrovillo believes that there is a need to strengthen the country’s creative industry so that choreographers will have opportunities to create works which are crucial to the life of the nation.
“As offspring of Visayan settlers in Mindanao, we asked ourselves about our own culture and tradition. What is our artistic expression? When we ask that kind of question, engage with our own culture and embrace our identity, we become more appreciative of our own,” he said.
He wanted to introduce this appreciation to the new generation of choreographers and even the audience.
“I want to give them confidence to use our own movements. As Ilonggos, we do not need to use Indigenous People (IP) or Moro stories just to produce dances. We have our own way of living and stories to tell to understand our own roots, in which it can be interpreted into dance movements. We do not need to use other cultures,” he said.
Garrovillo understood his responsibilities as an (settler) artist. He realized so many things as he immersed himself in different communities and collaborated with other artists and cultural workers.
“I saw my purpose as an artist. I use my skills and talent to help communities. I also gained knowledge on cultural development, promotion and protection because of my cultural involvement in the country.”
These reasons motivated him to pursue contemporary dance with embedded advocacy especially on cultural appropriation. They produced dance performances such as Kolon Datal and Kagat sa Tnalak.
Garrovillo was inspired to produce Kagat sa Tnalak based on his observations on other artists' usage of IP cultural materials.
“Kagat sa Tnalak” (A bite on Tnalak) is based on Tbolis indigenous practice of biting the Tnalak cloth as way of dispelling curse or bad luck to those who want to use or buy it. This contemporary dance is a way of telling the public how rampant the exploitation on IP culture.
According to him, other artists were given a chance to visit IP communities and used the culture of IPs for their work. As he said, after they have visited and collected the IP cultural materials, they would do whatever they like. They can easily brag and label it as “artistic license” without undergoing the right process like securing Free, Prior and Informed Consent (FPIC).
“The IPs do not know much about these things or cannot easily voice out their concerns because of their economic needs or they are not empowered yet,” he said.
“You need to know who you are in terms of cultural identity and artistic expression. An artist should have a clear view on what he or she is doing. It needs to have a deep understanding for both of his/her work and responsibility,” he added.
Garrovillo said that it is a difficult process if an artist would look into his/her own culture. But it is worthy and important (self) development.

On conceptualizing the Tnalak Festival

In the administration of former South Cotabato Governor Hilario de Pedro III, Garrovillo had the chance to present the concept of Tnalak Festival.
“That time, I only wanted to present the arts and culture development program for the province. Gov. de Pedro asked me if it is possible to organize a Sinulog-like festival in the province. We had a brief exchange of ideas. He tapped the Provincial Tourism Office and the rest was history,” he said.
Garrovillo wanted a sustainable culture and arts program for South Cotabato. As he said, it needs strong and consistent financial and legislative support.
That is why he ran as Board Member in the second district of South Cotabato for May 2010 and 2013 elections because he wanted to legislate policies related to culture and arts in the province. Although he did not win, he still continues his advocacy work up to this moment.
He also hopes that the Tnalak Festival will become an independent organization that has its own budget and autonomy similar to the Sinulog Foundation of Cebu. Garrovillo also suggested a revisiting of the concept of Tnalak Festival, a reassessment of its relevance not only in the region but also in the country.
Garrovillo would also like to see a culture and arts development workshops in every barangay that incorporates the principles of events management and cultural education.
“I hope the general public will realize the importance of arts and culture in our society. That it has relevance on the development of a community,” he said. 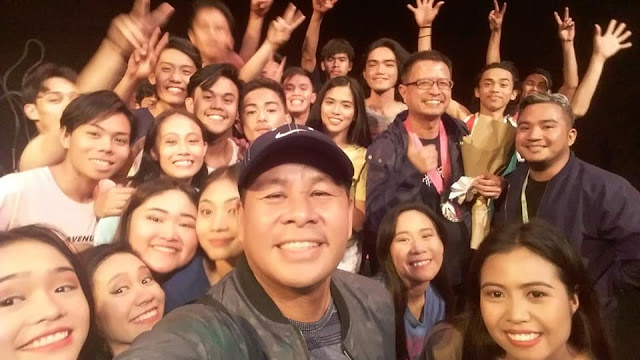 Garrovillo has been misinterpreted because of his pronouncements with regards to culture and arts programs, as well as his comments on other artists.
“When I know I'm right, you can't silence me. If I'm wrong, I'll accept it. You need to express yourself not just as an artist but also as a person,” he said
“Always be clear of your intent. Be original. Be unique. Find yourself and establish your identity,” as he advises young artists.
He wants other artists to realize their roles and responsibilities in society in general. As he said, they need to be empowered in order for them to fully understand what they are doing.
“They are the ones who implement culture and arts programs. They are somehow shaping the arts direction. They help educate the public. They must do it right. There should be continuous learning as artists or cultural workers. They need to be equipped with the right tools.”
Garrovillo also emphasizes the need to uplift IP and Moro choreographers and dance troupes.
“If they are properly trained through (free) workshops and will be given the right tools to help them perform well, they would not hire an ‘outsider’ to aid them in their performances. If they are empowered, they would know their identity and craft.”
Despite the challenges in the performing arts industry, Garrovillo is still grateful for his work and contributions. As an artist, culture and arts advocate, and educator there are many things to do to help our country.
“You can’t get away with issues and concerns about life or your country. But your legacy means a lot and how it impacted the lives of people you have touched.”

This article was first published in SunStar Davao (dated September 30, 2022)

Read it in this link: https://bit.ly/3fwfxbp 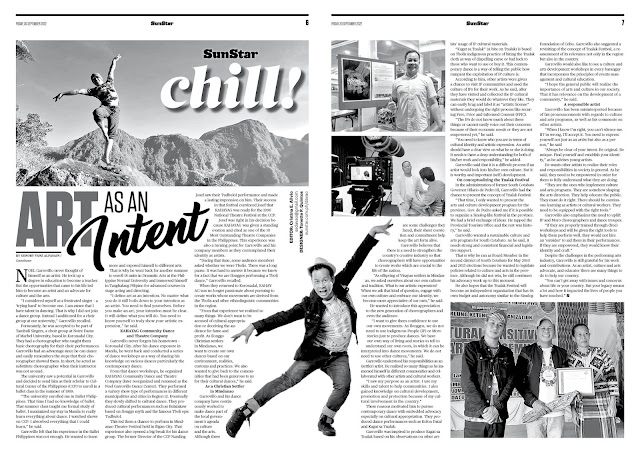