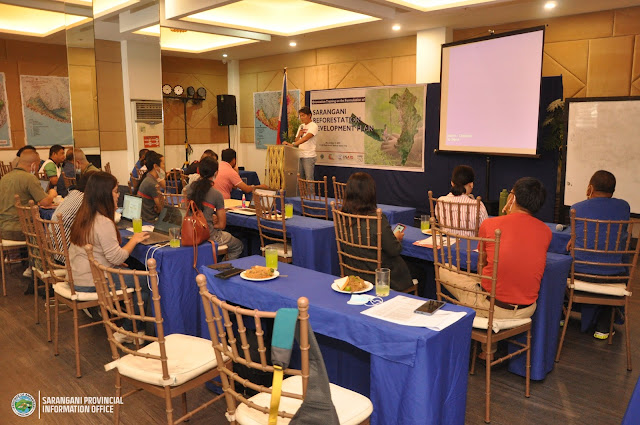 ALABEL, Sarangani (November 10, 2022) – Sarangani Province is set to draft its Reforestation Development Plan to ensure the management of its watersheds.
From 2015 to 2020, Sarangani has lost 19,954 hectares of forest cover, records show.
With this deforestation rate, watersheds in the province “can lose their forest cover earlier than expected,” according to Executive Order No. 35.
EO 35 provides for the creation of technical working group (TWG) for the formulation of the Provincial Reforestation Development Plan.
The executive order also paved the way for the TWG to convene on November 9 for the first time for the orientation and training on the drafting of the Reforestation Development Plan.
During the activity, Provincial Environment and Natural Resources Officer (PENRO) Rolando Tuballes bared his vision “to change the landscape to the province in terms of forest cover.” He lamented that only 17% out of the 70% of the almost 400,000 hectares land area of Sarangani has remaining forest cover today.
Tuballes recognized that the Department of Environment and Natural Resources (DENR) is the primary agency to manage the natural resources, “but we could not wait for others for us in the local government unit na may maglihok para sa ato.”
The activity was spearheaded by the United States Agency for International Development (USAID) Safe Water and attended by major stakeholders like representatives from DENR, PENRO, CENROs of Glan and Kiamba, MENROs, and representatives from the local government unit. 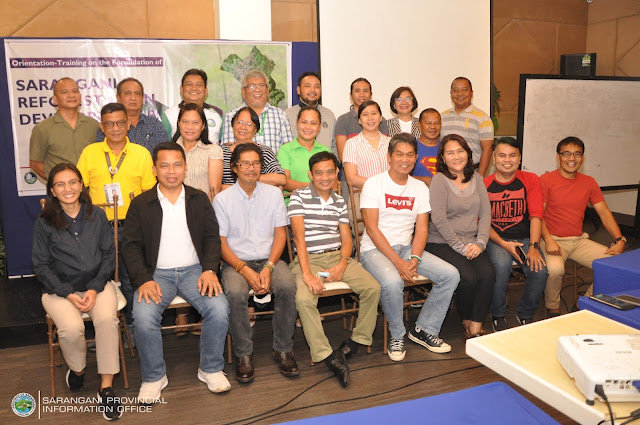 The 1 Million Trees Project launched in Alabel on October 5 was considered as the kick-off activity of the reforestation project in support to Governor Rogelio “Ruel” D. Pacquiao’s flagship program Ronda Probinsya which also focuses on environment protection, conservation of natural resources, and rehabilitation of river systems and denuded areas in the province.
Board Member Irish Arnado, who also expressed her sentiments on the alarming forest cover loss, however, conveyed hopes for the 1 Million Trees Project to be “successful.”
“We will work hand in hand with the office of the governor and the Sanggunian. Policy support and budgetary requirement will be provided,” she said.
Sarangani has a total of 26 watersheds.
Ma. Clarissa Rendon, USAID Safe Water Program Site Technical Manager in General Santos City and Sarangani Province, reported on the province’s Water Security Plan 2023-2030. Based on her report, there would be an 18% maximum projected decrease on dependable water flow in 30 years due to climate change while, a maximum of 25% is projected to also decrease in groundwater recharge.
Rendon raised the alarm that Malungon watershed being the biggest in the province would likely “lose all forest cover in 6 to 7 years if nothing is done to protect the remaining forest and if denuded areas are not reforested.”
The Sarangani Provincial Integrated Water Security Plan (SPIWSP) 2023-2030 targets to increase forest cover with endemic trees, improve the status of watersheds, and achieve sustainable water resources, Rendon said.
However, Rendon pointed out that in Sarangani at present, “we are not yet feeling water scarcity.”
The Provincial Reforestation Development Plan will be a component of the SPIWSP. (Beverly C. Paoyon & photos Mosler Paul Lapore /SARANGANI PROVINCIAL INFORMATION OFFICE)
###
Labels: news Sarangani