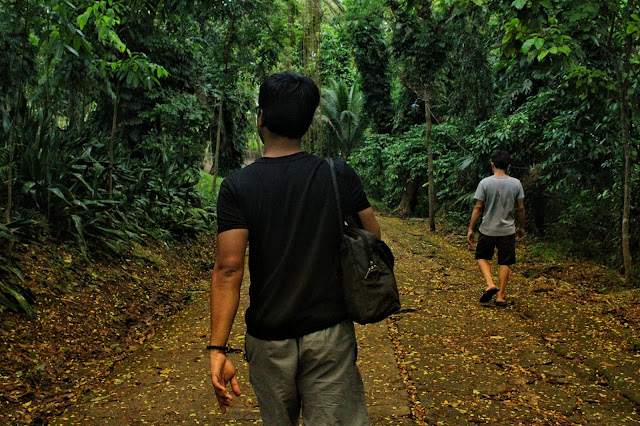 The year 2022 really tested my skills, abilities and patience on how to navigate things especially on politics and Public Relations (PR). I did not expect that I would exert much effort just to help my friends who have similar vision and advocacies for region 12.
I rarely write a year-end essay or share it publicly since I have my event note (a.k.a. diary). But I want to write my thoughts about 2022 and to post it here on my site, to reflect on my actions; see on my growth; what are the shortcomings, and where should I continue to work smart next year. Maybe you can find some valuable insights by reading this article.
The year was also filled with typical “pinoy dramas” – from broken friendships because of political differences to online viral moments. But it still gives us life lessons that we could ponder on. 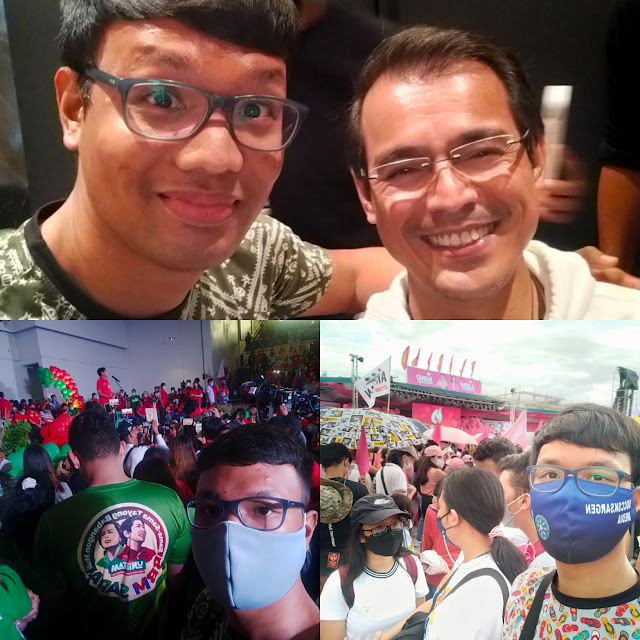 The 2022 election campaign rallies in region 12

I got the opportunity to cover the campaign rallies of the three presidential candidates – Isko Moreno, Leni Robredo and Bongbong Marcos. It was once in a lifetime experience so I did not miss the chance to witness how they interact in the crowd and their campaign promises. Thanks to friends that closely worked with the said candidates that they recommended me to join their campaign rallies.
First I got to attend the meeting of Isko Moreno with the business sector of GenSan and Sarangani at the Grand Summit Hotel. Former Manila Mayor Moreno was with his senatorial line up - Carl Balita, John Castriciones, Samira Gutoc and Jopet Sison. They shared their socio-economic agenda and the participants asked relevant questions.
Then I got the chance to cover the people’s rally of former Vice President Leni Robredo at GenSan Oval Plaza. She visited the provinces and cities of the region as part of her campaign for the 2022 presidential race. It was part of their strategy to win more voters from Mindanao as she shifted her campaign down south with a visit to the heart of Central and Muslim Mindanao, along with parts of Zamboanga Peninsula.
The most overwhelming campaign rally that I cover was the UniTeam Proclamation Rally – from GenSan, Polomolok, Tupi, and Koronadal City, South Cotabato province; Isulan and Lambayong, Sultan Kudarat province; and Buluan Maguindanao province. Former Davao City Mayor Sara Duterte joined him as they made their socio-economic pronouncements in the crowd, along with the local candidates to back them up. I am with the BBM media team with other local and national media outlets. Soccsksargen region was their first leg of the Mindanao tour.
During the campaign period, I did not overtly campaign any presidential candidates for the purpose of not tainting my credibility as an advocacy blogger/writer/publicist. Some of my friends (from different camps) did not understand why I cover such campaign rallies. They thought I was for Isko, Leni or BBM. I did not make any explanation whatsoever because I am for the experience.
The experience and conservations with different political parties somehow made me understand their strategies (with some “dramas” of course) that executed in the 2022 campaign season. 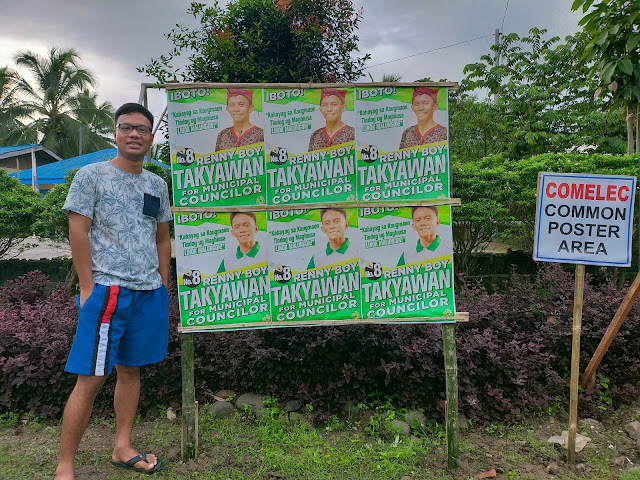 The RBT campaign in Malungon

In region 12, particularly in Sarangani Province, I only campaigned and endorsed Renny Boy Takyawan (RBT) for the purpose that I became his (default) Campaign Manager and Communications Director (aside from being a friend).
When he filed for the certificate of candidacy on October 8, 2021, I laughed about it and thought that it was his joke to shake things up in Sarangani’s political landscape. “Sure ka?” I said to RBT. When he explained to me the reasons behind it, that was the time I became serious and respected his decision.
RBT ran as an independent candidate for Sangguniang Bayan member. It was abrupt, not fully prepared, no campaign funds, no political party, and no solid team. But his passion and vision to make a change in Malungon made me decide to support RBT despite the problems we encountered in the local campaign.
I learned so many things in the campaign. It was my first time to accept such a role. We were overwhelmed. But thanks to our political mentors who helped us strategize for the RBT campaign in Malungon. Their ideas, wisdom and stories motivated me to really pursue PR. 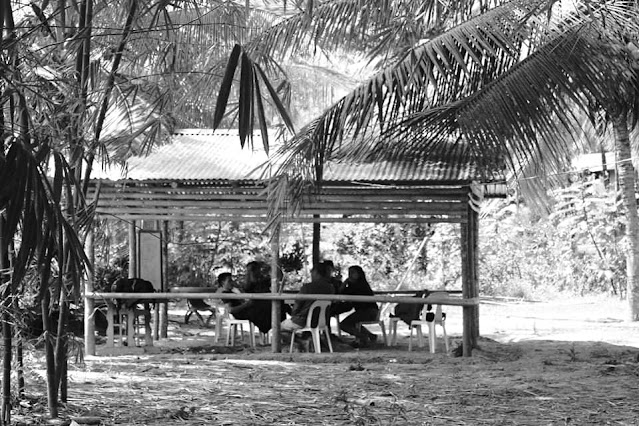 We went through many brainstorming sessions, research and discussions just to form RBT’s 3-point agenda, political messaging, branding and marketing to field operations plan. We were serious about this matter because we wanted a change and we believed that RBT can help to make it happen.
I had to adjust my working style for other volunteers because they could not cope up with its fast pace, result-oriented and time bound characteristics. We were still grateful for their hard work and volunteerism. It was a big task, but we survived it.
My trust instinct heightened in this campaign. I am one of those RBT supporters who assessed individuals that approached RBT to express their support. RBT and I had some discussions about this matter, but I let him decide whom to trust since he was the candidate. I can only give advice or recommendations as his campaign manager.
Although RBT did not win in this year’s election, we were still thankful for the learnings we acquired from the campaign period. We were grateful to our political strategists/mentors who helped RBT. They did not ask any professional fees because they also believe in the good intentions of RBT and his candidacy. As one of our mentors said - "this campaign is just a practice for us because eventually we would learn from it."
I always keep in mind the wisdom from a legendary coach. “The events that happened to you were not a coincidence but part of a grand design," he said.
To the 19,178 who trusted, stood, sacrificed and supported RBT, thank you very much. Let us just keep moving for the change that we desire. #TeamMangkayseg 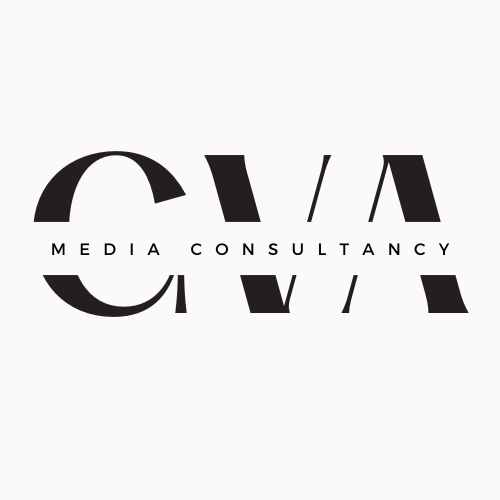 The RBT campaign motivated me to formalize my consultancy business. Our campaign created buzz and more people became curious about RBT and the team behind the campaign.
I registered my business in DTI and BIR. I also joined different programs like DTI’s Kapatid Mentor Me (KMME) program to gain more knowledge and to improve my business. I also got the chance to work in the Provincial Government of Sarangani, as one of the advisors of Gov. Ruel Pacquiao. Some individuals also offered me to work as their PR guy but they opted not to disclose it publicly because the “magic” would be gone.
It is somehow a preparation for more opportunities in 2023 and most especially for the next local and national campaign. 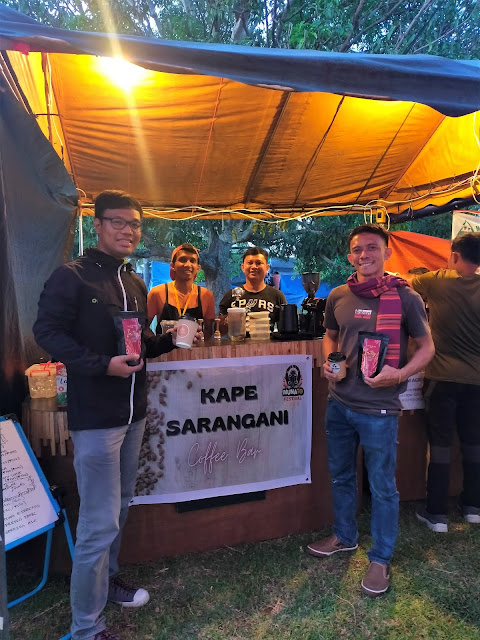 RBT and I got easily moved on with the campaign. We shifted our focus on agriculture, specifically coffee farming and production. We continue what we have started to the next level. We advocate for the Sarangani coffee in the hopes to uplift our farmers and to have a chance in the domestic and international market. We want to put Sarangani on the map as one of the coffee producing provinces in the Philippines.
I have met different players and exposed myself in the coffee industry. I somehow became the “PR guy” for coffee to help raise awareness on its socio-economic benefits and highlight the coffee value chain – from seed to cup.
I am thankful to my newfound friends in the industry and learnings that I gained through my coffee immersions. There is still more work to do.

I am excited for 2023. I did not plan meticulously for this year because sh** can happen. My plan has always been flexible and adaptable to change. What is important is that I am prepared for every opportunity that comes and remain grateful that I still exist. I claimed that this year is filled with more learnings and opportunities that could help my personal and professional growth.
“Celebrate endings—for they precede new beginnings.” —Jonathan Lockwood Huie
Labels: Election People SOCCSKSARGEN SOX story