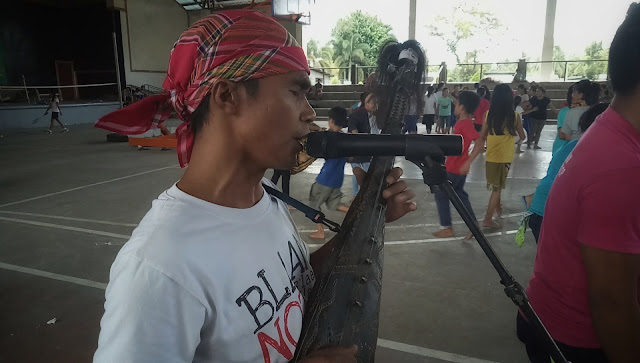 “We perform not only for money. We perform because our songs have stories to tell,” says Pammie S. Malayon, the lead vocalist, and composer of Silek Band.

Pammie emphasizes that they perform not just to entertain but also to educate. For fourteen years, Silek Band continues to promote Blaan culture and their struggles, as well as the importance of environmental protection and preservation not just within the region but also in other parts of the country.

Silek Band belongs to a group of talented artists in the region whose body of work has brought significant impact to the lives of the people in SOCCSKSARGEN. Ironically, the Band is also one of the underrated artists that their municipality has not even given them proper recognition.

The band started in 2004 with members that come and go. It is currently composed of five members—Pammie S. Malayon (lead vocalist and composer), Madelin Sitcharon (vocalist), James Brian Quizon (lead guitarist), Nestor Padal (bass guitarist), and Arbie Lerio (drummer). Jeanalyn Lerio (vocalist) left the group to concentrate on her role as a mother, but she continues to support the group since her husband is still part of it. Meanwhile, Jose Nilo Vargas serves as Band Coordinator and helps in booking gigs for the band.

Sagittarius Mines Inc. (SMI) formally launched the Band and helped them perform in different venues especially outside of the region. After the mining company stopped their operation, Silek Band became independent, performing in different communities in SOCCSKSARGEN.

In their early years, the band played only Blaan instruments. They were once known for their faglung performance and Pammie’s chanting. As time went by though, they incorporated modern musical instruments to cater to a wider audience. They have many memorable performances like in the Cultural Center of the Philippines (CCP) and Clark Air Base during the Nayong Pilipino event. Their performances outside of the region help them gain exposure.

Silek Band has also produced and released an album in 2006. It has eight tracks in which the song Kastifun (Gathering) became a well-known song especially among the Blaan of the region. The Municipality of Columbio in the province of Sultan Kudarat, bought the rights of the song, to use it in their Kastifun Festival. But for more than a decade now, the band has no follow-up album because of difficulty in securing funds for recording their songs. Pammie has a notebook of compositions waiting to be recorded in the studio. “In time, we will record my compositions and share it to the people.”

Pammie draws inspiration to so many things like nature, Blaan culture, and even current events. The recurring themes in most of their songs are environment and stories of the Blaan. For example, their song Tawag ng Kalikasan (Call of Nature) talks about climate change. Tubed (Sprout) talks about the importance of education and the struggle of not being educated in their tribe. Through their folkloric-like songs, the band has become an inspiration to their fellow Blaan in the region.

“It feels good that people recognized us because of our song Kastifun. We feel proud of ourselves knowing that our fellow Blaan support and like our music,” says Pammie. “We are overwhelmed by the positive response of the people. They say that they experience goosebumps whenever I start to chant. After that, the audience would do their ‘freestyle dance.’ We thank Dwata (God) for it.”

Despite the fact that they have lukewarm recognition in their municipality, Silek Band remains well-received in other places. In fact, their song Kastifun is among the favorites to play in disco fiestas of some barangays and sitios in the region.

As a Blaan band, their gigs are mostly in the different communities in Region 12. For example, they have been booked for the provincial outreach program of South Cotabato. It is a series of outreach activities that bring basic government services to far-flung areas of the province. Silek Band performs their songs during breaks or community programs. Some municipalities in the region also invited them for their festivals and other related celebrations.

Silek Band become their regular selves if they do not have a gig. “Some people thought that I’m rich because Silek Band is famous. If there’s no gig, I’m just a regular tricycle driver in Tampakan,” says Pammie.

Pammie also admits that the Blaan discrimination is still existing until this time. “You can still hear the expression ‘Ay! Bilaan.’ Whenever I hear that, I make sure that I am not consumed by hate. I talk to that person and educate him/her for that,” says Pammie. 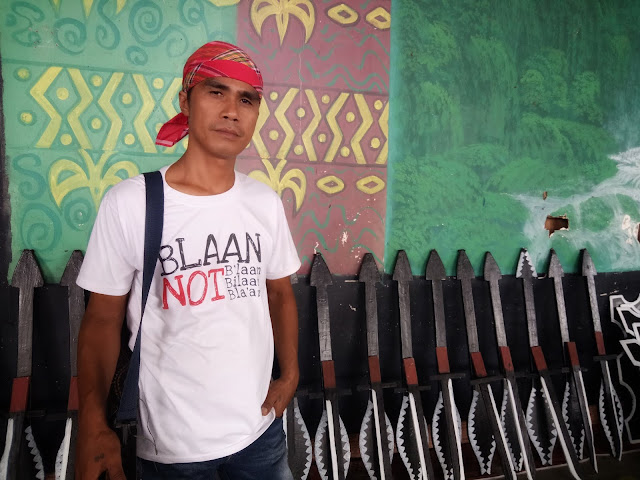 Silek Band participated in last year’s Lingag Blaan Concert for a Cause. It is the first Blaan concert in GenSan which aimed to raise awareness about discrimination against the Blaan. The concert helped raise funds for the school project in some IP schools in GenSan and Sarangani Province. Silek Band performed their songs and supported the advocacy of the said concert.

“It’s one of our memorable performances because we performed with our fellow Blaan in the event.

“We will continue to promote our advocacy. I will continue to write more songs and perform these with my band,” says Pammie. “We are also planning to connect with NCCA for upcoming projects.”

Silek Band is an inspiration to the new tribal bands that have existed today. Pammie is happy that more Blaans have now embraced their identity and share their talents to the public.

“Have a goal in mind. Know not just your passion but also your mission in life. Don’t think of money first. It will come if you’re good on what you’re doing,” says Pammie.

Pammie believes on the idea of passing down knowledge and wisdom to the next generation of Blaan. In his case, he teaches his four sons on how to play different Blaan musical instruments since they have shown interest. As their band name suggests, Silek (sprout) would be the new hope for their tribe.

“This new shoot will tell its own stories,” says Pammie.